In January 2020, the U.S. Department of Justice began to bring criminal corruption charges against multiple City officials, employees, and contractors. These charges allege numerous instances in which individuals seeking favorable outcomes from City government provided meals, travel, luxury goods, and other gifts in an attempt to influence the actions of City officers and employees. In response, the Ethics Commission embarked on a comprehensive review of the City’s ethics laws to ensure that the types of conduct alleged in the criminal complaints are appropriately prohibited and deterred by City law and that any other relevant weaknesses identified in the laws can be addressed and the laws strengthened.

The current phase of the project analyzes important foundational provisions in the City’s ethics laws that are key to the overall effectiveness of the law. This report discusses improvements to these basic provisions that are needed in order to help ensure a culture of ethics is reinforced in City government.

The Campaign and Governmental Conduct Code aims to ensure the integrity and transparency of local government and contains many rules that all support this broad goal. These rules regulate conduct in several areas, including political campaigns, conflicts-of-interest, lobbying, permit expediting, and financial disclosures by City officials. There are certain key provisions within the Code that are fundamental to its overall success. This report seeks to identify those provisions and recommend ways to improve them.

First, the City’s rule against bribery is a cornerstone ethics rule that is needed to prohibit some of the most egregious unethical conduct: payments made with the intent to influence a government official. Many of the charges brought by the Department of Justice against City officials and contractors relate to bribery. However, the City’s bribery rule is too narrow to be effective and should more closely resemble the federal bribery rule, which is much stronger.

Second, City law requires officials to disclose any personal, professional, or business relationship with a person who is involved in a government decision that the official is making. This helps identify instances in which decisions may be biased. Several of the federal corruption charges describe close personal relationships between City officials and individuals involved in the decisions being made by the officials. However, research indicates that this disclosure is not implemented consistently or effectively across City departments. More problematically, there is no penalty for failure to comply with the disclosure requirement. A penalty should be created and departments should be directed as to how to administer the disclosures.

Third, effective ethics training is a critical aspect of building a culture of ethics in City government. Only when a significant portion of officials understand the rules can accountability be increased and culture change take place. However, only elected officials, commissioners, and department heads are required by law to complete ethics training. This requirement touches a small portion of the City’s officials (roughly 1.4%) and fails to make ethics a Citywide priority that deserves attention by a wider set of officials. Ethics training should be extended as a requirement for all officials who file the Form 700 Statement of Economic Interests because these officers and employees participate in making government decisions and should therefore be familiar with the rules that help ensure integrity in the decision making process.

Fourth, each City department must adopt a Statement of Incompatible Activities that is intended to be a useful tool to inform City officials about non-City activities that are incompatible with their City duties. However, the statements have not fulfilled the goals they were established to achieve. The statements have led to a fractured and confusing set of rules that varies between departments. They are not useful for compliance purposes and instead serve to complicate education efforts. The rules contained in the statements should be codified in the Code and should apply universally to all City officials so that department-specific statements are no longer necessary. A better written compliance resource should be developed that can be used in practice by every City official.

Finally, there are general provisions contained in each of the ten chapters of the Code that provide for basic administration to occur, including issuing penalties for violations, amending the code, and requiring disclosures to filed electronically for better public access. These provisions are essential to the City’s ethics laws being strong and providing a basis for effective compliance and enforcement. But, problematic differences exist between how these provisions operate in the different chapters. Some chapters have weak penalty provisions. Some are vulnerable to amendment by the Board of Supervisors without approval by the voters or the Ethics Commission. And, some fail to specify that all disclosures must be filed electronically. This results in a fractured legal landscape that contains potential loopholes and undermines the effectiveness of the City’s ethics laws. These provisions should be strengthened and harmonized.

The recommendations in the report can be summarized as follows:

Each of these recommendations is summarized in the chart attached as Attachment 1.

A draft ballot measure is attached as Attachment 2. The measure would enact the recommendations contained in this Phase III report, as well as the recommendations made in the Phase II reports (Part A, Gifts to Individuals; and Part B, Gifts through City Departments). The report recommends that the Commission vote to place the draft measure on the ballot for the June 7, 2022 election.

The report also recommends that the Commission vote to approve the Phase II regulation amendments regarding gifts that are attached as Attachment 3. 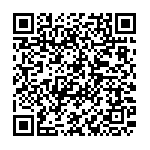 Scan the QR code with a mobile device camera to access the latest version of this document online:
https://sfethics.org/ethics/2021/12/report-on-strengthening-essential-ethics-provisions-executive-summary.html