Chair Yvonne Lee convened the meeting at 9:30 a.m. and stated that the hybrid meeting is being held pursuant to the Forty-fifth Supplement to Mayoral Proclamation Declaring the Existence of a Local Emergency Dated February 25, 2020, which the Mayor issued February 10, 2022. Meeting Moderator Ronald Contreraz summarized procedures for participation by members of the public for the hybrid meeting.

Under Item 2, the Commission provided the opportunity for general public comment on matters not appearing on the Agenda but within the Ethics Commission’s subject matter jurisdiction.

A caller commented on the format of Agenda Item 6 and suggested that it would be helpful for the Commission to give the public an update on the status of the item before going into closed session.

The Commission took up its consent calendar Item 3, Draft Minutes for the May 13, 2022 regular Commission meeting, and Item 4, consideration of a Resolution on the Continuation of Remote/Hybrid meetings.

Chair Lee stated that as the Agenda noted, there will be no separate discussions on a Consent Calendar item unless a request is made by a Commission member or a member of the public in attendance, in which event the matter will be removed from the Consent Calendar and considered as a separate item.

Director Pelham noted the Staff are continuing to make progress on the Commission’s hiring, including on the Ethics@Work program team, and hoped to have more news to report next month.

Pelham highlighted the budget items contained in the Mayor’s June 1 proposed budget for the Ethics Commission. She noted the position re-classifications requested by the Commission were included, as were services of other City departments and ongoing technology needs and upgrades. She reported that of the additional position authorities the Commission had requested for public engagement, audits, and a commission secretary,  the Mayor’s budget included the commission secretary position but declined to include positions for public engagement and audits.

Commissioner Finlev asked whether the Mayor provided any reasoning for her decisions. Pelham responded that Staff was informed that the Mayor’s budget reflected a concern that there were numerous position vacancies citywide and that the Mayor’s decisions attempted to reflect where positions authorized would best support departmental operations. She noted Staff asked to allow the Commission flexibility to determine which position funded would best support departmental priorities but that flexibility was denied.

Commissioner Romano asked about the classification authorized for the commission secretary position and the approximate pay scale and seniority level it would have. Pelham responded that it was roughly on par to an 1822 administrative analyst position, which is a more entry level role in the City’s administrative analyst series.

Chair Lee asked about minimum qualifications for the position. Pelham responded she did not have the specific qualifications at hand but that she generally understood it would likely require some years of prior administrative support or secretarial experience. Chair Lee asked if this was a professional level management position and Pelham said it was not.

Commissioner Bush asked if Pelham would be developing a job description for the commission secretary position and what input would be wanted from the Commission. Pelham confirmed Staff would work to develop the position within any required parameters for its classification and would seek input from the Commission to ensure the position can address as many of the programmatic and public-facing needs the Commission has discussed. Bush asked about the timetable for the development of the job description. Pelham responded that due to four ongoing position recruitments and two more in the pipeline, it would likely be in the Fall of this year.

Commissioner Bush asked for the total amount to lobbying payments have been promised in the past year and for what kind of projects. Pelham responded that she would work to include that information next month.

Chair Lee introduced the item and explained the need to go into closed session to discuss labor negotiations. She stated the topic of discussion is the status of the meet and confer process with the San Francisco Municipal Executives Association (MEA) regarding the Commission’s proposed November 2022 ballot measure and regulation amendments. Representatives from DHR were present to participate in closed session.

Chair Lee explained the process that public comment on the item will first be received and then a vote a will be taken on whether to meet in closed session under California Government Code Section 54957.6 and Sunshine Ordinance Section 67.10(e) to discuss labor negotiations. Then, if a closed session is held, the Commission will initiate a closed session meeting with Labor Negotiators and will then reconvene in an open session. Finally, pursuant to Brown Act section 54957.1 and Sunshine Ordinance section 67.12, the Commission will then discuss and vote on a motion whether or not to disclose any action taken or discussion held in the closed session regarding labor negotiations.

Charles Head, president of Coalition for San Francisco’s Neighborhoods. He cited the voters’ support for Proposition E on the June 7 ballot related to behested payments. He stated his concern for how long action on the pending gifts legislation has taken and urged the Commission to pass the legislation.

During closed session Commissioner Romano left the meeting at 11am with an excused absence.

Due to technical issues upon resuming the Commission’s meeting in open session at 11:14am,  Commissioner Bush was unable to continue his remote participation in the meeting and was excused at 11:15.

Motion 220610-03 (Finlev/Lee): Moved, seconded, and passed unanimously (3-0) to not disclose what was discussed in closed session.

Commissioner Finlev clarified he was not familiar with delegating authority in the past. Pelham stated the Commission Chair issued a statement in February 2021 regarding the Commission’s budget and recalled that was not done by a roll call vote.

Deputy City Attorney Shen clarified that if this is something on which the Commission Chair would like to issue a statement on behalf of the Commission as a body, that should be done by roll call vote.

Chair Lee responded it would be her intent to have a Commission statement issued and to work with the Executive Director on the best way to get the information out there and report back to the public to help keep the public informed and engaged.

Commissioner Finlev agreed with that goal and stated he would be more comfortable seeing the statement before issuing it if it is a statement of the full Commission.

Pelham stated that Commission Bylaws provide that the Chair serves as liaison to the media for the Commissioners and that the Commission Chair is often quoted in press releases issued regarding actions taken by the Commission. She suggested the option of a statement being issued from the Chair, citing the time sensitivity involved and known staffing and timing constraints in the coming week.

Commissioner Flórez Feng agreed with Commissioner Finlev’s comments and said she supports the Commission Chair’s ability to issue a statement on her own as Chair. She echoed that she would feel more comfortable reviewing any statement by the full Commission before it is issued.

Chair Lee confirmed she will work with the Staff to issue a statement in her individual capacity as Chair and therefore no vote is required by Commission members. Deputy City Attorney Shen confirmed no vote would be required.

Item 7.  Discussion and possible action on items for future meetings.

The Commission had no discussion of items for future meetings.

The Commission adjourned at 11:31a.m. 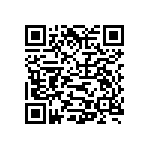 Scan the QR code with a mobile device camera to access the latest version of this document online:
https://sfethics.org/ethics/2022/07/minutes-june-10-2022.html