When Ethics Commission Staff receives a request for suspension of its administrative investigation into a complaint alleging violations of San Francisco’s campaign finance, lobbying, conflicts of interest, or governmental ethics laws, from another governmental agency with shared authority for enforcing those laws, Staff will accommodate the request as follows:

The Executive Director reserves the right to decline any request for suspension of administrative investigation for good cause.

State and local law provide administrative, civil, and criminal remedies to address violations of the City’s campaign finance, lobbying, conflict of interest, and governmental ethics laws. Depending on the underlying facts, degree of criminality, and complexity of the complaint, the Ethics Commission, City Attorney, District Attorney, or state regulators may have jurisdiction to investigate and punish alleged violations of different laws simultaneously.

Civil liability is also strict, and the City Attorney’s Office need not prove intent to prove a violation. The City Attorney must go to state court to enforce a violation of law. State courts have a wider range of equitable jurisdiction than administrative hearing bodies and can craft tailored remedies in complex cases.

Criminal liability, on the other hand, is triggered through some level of intent. The District Attorney’s Office must also go to state court, but its attorneys must comply with the California and United States Constitutions in the way they gather evidence and prosecute their cases. Criminal liability results in stiffer penalties, up to and including jail time, so the District Attorney must prove violations beyond a reasonable doubt.

In San Francisco, several government offices have authority over different aspects of the City’s campaign finance, lobbying, conflicts of interest, and governmental ethics laws. Accordingly, San Francisco has a broad range of remedies available for punishing and deterring violations of those laws. Unfortunately, when presented with allegations of violations, the City Attorney, District Attorney, and Ethics Commission have historically conducted sequential—rather than simultaneous—investigations, which has resulted in stale case resolutions, inefficient and untimely remedies, uncertainty in the regulated community, and less public accountability. This memorandum outlines the legal framework and historical practice of the San Francisco Ethics Commission regarding suspension of administrative enforcement investigations, analyzes policy justifications for parallel proceedings, and presents a recommendation for a new policy to guide investigation suspension and parallel proceedings going forward.

The San Francisco Charter requires the Commission to “immediately . . . forward [any] complaint or information in its possession regarding the alleged violation [of any law within the Commission’s jurisdiction] to the District Attorney and City Attorney.” San Francisco Charter § C3.699-13(a). Within ten working days after receipt of the complaint or information, the District Attorney and City Attorney must inform the Commission whether they have initiated or intend to pursue an investigation into the complaint in writing. Id.

As a practical matter, this section of the Charter requires Staff to refer all complaints to the District Attorney and City Attorney if the Executive Director has reason to believe a violation of the law has occurred. The District Attorney and City Attorney expect Staff to suspend its administrative investigation during the ten-day response window, but nothing in the Charter or City law requires Staff to suspend their investigation during this time.

The key to the any administrative enforcement effort is the use of government resources as efficiently and effectively as possible to timely punish offenders, recover public monies where appropriate, and prevent future misconduct. When regulators receive complaints necessitating investigations into complex corruption or campaign finance violations, they have an obligation to employ a wide range of comprehensive remedies to resolve those violations and deter future actors. Yet, some of the Commission’s oldest cases were suspended for months or years while the City Attorney or District Attorney conducted its investigation into the same allegations. As of the date of this memorandum, following our September meeting with attorneys from both offices, all but two cases have been returned to the Commission for administrative investigation.  Commission Staff is now tasked with conducting potentially duplicative[2] investigative work to build its own case several months—if not years—after receiving the initial complaint. Alternatively, a clear policy and practice of committing to parallel proceedings could dramatically improve the Commission’s enforcement efforts.

For the purposes of this document, we refer to “parallel proceedings” as overlapping criminal and civil or administrative enforcement activities with respect to the same or related parties and that deal with the same or related course of conduct. The overlapping activities may be undertaken simultaneously or sequentially. These activities include enforcement actions brought to obtain criminal sanctions, civil penalties, injunctive relief, compliance order, or forfeiture recovery, as well as pre-filing activities directed at enforcement, including investigative efforts.

Understandably, parallel proceedings require communication, cooperation, and coordination between the criminal and civil or administrative prosecutors. Moreover, cooperating to investigate matters simultaneously requires a robust commitment and respect for ethical and Due Process considerations. For example, California Penal Code section 939.21(b) prohibits government attorneys from disclosing a matter occurring before a grand jury. Moreover, administrative and civil discovery processes may not be used as a pretext to obtain information for a criminal investigation where a warrant or other Due Process considerations would have prevented law enforcement from obtaining the information themselves. And civil attorneys should ensure that criminal attorneys are aware of any protective orders or other restrictions on the use of information.

Parallel proceedings do not guarantee global settlements or even simultaneous resolution of investigations. Indeed, many policy justifications weigh in favor of delaying administrative resolution until criminal charges have been resolved. For example, criminal prosecution cannot be used as a threat to obtain civil settlement and vice versa. Criminal proceedings typically precede administrative trials because of speedy trial considerations. Criminal sanctions are generally the more substantial deterrent and offer a more punitive effect, and results in criminal case resolutions can often be used in favor of the government in subsequent civil cases on the same issues[3]. But these policy considerations do not conflict with policy justifications for parallel investigative proceedings. Indeed, conducting parallel investigations ensures that no case is harmed by any delays in case resolution because all evidence was gathered before it became stale, was destroyed, or was forgotten.

[3] Some exceptions to this general rule apply. For example, if the violator’s assets are in danger of dissipation, the statute of limitations is imminent, or the violator has entered bankruptcy proceedings, both criminal and civil prosecutors may wish to resolve their cases simultaneously instead of sequentially. 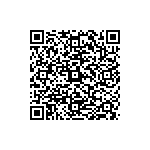