This report contains information pertaining to the audit of the Committee for Sensible Transportation Solutions ("Committee.") The audit was conducted to determine whether the Committee materially complied with the limitations, prohibitions and the record keeping and disclosure requirements of the Political Reform Act (Government Code Section 81000, et seq.) and applicable City ordinances.

The audit period selected for review was January 1, 1997 through June 30, 1998. For this period, the Committee reported total contributions of $68,735 and total expenditures of $66,603. The totals for contributions received and expenditures made were taken from the unaudited campaign disclosure statements as filed with the San Francisco Ethics Commission.

The Committee for Sensible Transportation Solutions organized itself as a "primarily formed" committee by filing a Statement of Organization with the Commission on July 29, 1997. On this form, the Committee indicated that it had not yet qualified as a committee. The Committee was formed to oppose the passage of Proposition H in the November 4, 1997 general election. Proposition H called for the repeal of a 1992 City ban on new construction of elevated expressways, the strengthening and widening of the Central Freeway, and the reconstruction of an Oak Street on ramp. At the time of this filing, the Committee's treasurer was John Philips. On September 18, 1997, the Committee filed an amended Statement of Organization, indicating its identification number, 971000, and a new treasurer, Michael Kelley.

On August 13, 1997, the Committee qualified as a "committee" because it received contributions totaling $1,000 or more in a calendar year. On January 1, 1999, the Committee was terminated.

[The Ethics Commission shall have the following duties and responsibilities:] To audit campaign statements and other relevant documents and investigate alleged violations of state law, this chapter and city ordinances relating to campaign finance, governmental ethics and conflicts of interest and report the findings to the district attorney, city attorney and other appropriate enforcement authorities.

The audit seeks to determine if the campaign has materially complied with the limitations, prohibitions and the record keeping and disclosure requirements of the Political Reform Act of 1974, as amended and applicable city ordinances.

The audit was performed in accordance with generally accepted auditing standards. The audit included tests of the Committee's campaign records and transactions and included, but was not limited to, the following general categories:

This audit report will be referred for routine review to the five Commissioners of the Ethics Commission and to their appointing authorities: the Mayor, the City Attorney, the Controller, the District Attorney and members of the Board of Supervisors.

The Auditor was able to conduct and conclude the audit through the use of policies and procedures as prescribed by generally accepted auditing standards. Through the examination of the Committee's records and campaign disclosure statements, the Auditor was able to verify whether the Committee maintained the necessary contribution and expenditure supporting documentation, accurately and truthfully disclosed all contributions received and expenditures made, and provided the proper detailed information concerning contributions and expenditures. As a result, the Auditor determined that there were no material findings. The Committee substantially complied with the disclosure and record keeping provisions of the Act, related rules and regulations of the Fair Political Practices Commission, and pertinent local law. 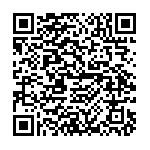 Scan the QR code with a mobile device camera to access the latest version of this document online:
https://sfethics.org/ethics/1999/03/san-francisco-ethics-commission-audit-report-committee-for-sensible-transportation-solutions.html