This Audit Report contains information pertaining to the audit of the Committee for Honest Elections, Identification Number 971476 ("the Committee") for the period from January 1, 1997 through June 30, 1998. The audit was conducted to determine whether the Committee materially complied with the requirements and prohibitions imposed by the Political Reform Act ("the Act") (Government Code Section 81000, et seq.) and San Francisco’s Campaign Finance Reform Ordinance ("the CFRO") (S.F. Admin. Code Section 16.501, et seq.).

During the period covered by the audit, the Committee reported total contributions of $6,973 and total expenditures of $4,565(1). This audit revealed one material finding: The Committee failed to disclose an accrued expense of $2,890, and a contribution in the same amount resulting from the forgiveness of the accrued expense, in violation of Government Code Section 84211(j).

Government Code Section 84211(j) requires that costs incurred by a committee, but not paid during the reporting period, must be reported as "accrued expenditures." Committees must report the name and address of each creditor owed $100 or more, a written description of the goods or services purchased, and the amount owed. In addition, for accrued expenses that are reduced or forgiven, a committee must report the amount reduced or forgiven as a non-monetary contribution.(2)

Section 84211: Failure to Report an Accrued Expense and the Reduction of that Expense

The total dollar amount of the services provided by the Consultant but not accounted for on the Committee’s campaign statements ($2,890) represents approximately 39 percent of the total expenditures made by the Committee.(4)  The Ethics Commission concluded that the Committee failed to comply with its disclosure requirements with respect to reporting an accrued expense and the forgiveness of such an expense. (Government Code Section 84211(j)). 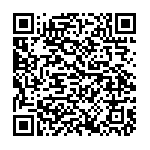 Scan the QR code with a mobile device camera to access the latest version of this document online:
https://sfethics.org/ethics/1999/06/san-francisco-ethics-commission-audit-report-committee-for-honest-elections-fppc-id-971476.html