This Audit Report contains information pertaining to the audit of the committee San Franciscans Opposed to Excessive Regulation, Identification Number 971226 ("the Committee") for the period from January 1, 1997 through June 30, 1998. The audit was conducted to determine whether the Committee materially complied with the requirements and prohibitions imposed by the Political Reform Act ("the Act") (Government Code Section 81000, et seq.) and San Francisco's Campaign Finance Reform Ordinance ("the CFRO") (S.F. Administrative Code Section 16.501, et seq.).

During the period covered by the audit, the Committee reported total contributions of $131,777 and total expenditures of $61,975. This audit revealed one material finding: The Committee failed to maintain copies of major donor notifications in violation of Government Code Section 84104.

In addition, the Act requires that committee treasurers maintain detailed accounts, records, bills and receipts that are necessary to prepare campaign statements and comply with the campaign disclosure provisions of the Act. (Government Code Section 84104). The detailed accounts, records, bills and receipts are to be retained by the filer for a period of four years. (Page 71 of Information Manual D prepared by the Fair Political Practices Commission).

The Committee takes the position that it in fact notified all ten contributors of these requirements, and merely failed to keep records of five of these major donor notifications. Committee treasurer James R. Sutton stated in the post-audit conference that he had relied on the Committee's bookkeeper to mail major donor notifications and keep copies for the Committee's records. He claims that the bookkeeper did in fact notify all ten contributors of the major donor requirements, but that the bookkeeper did not make copies of five of the letters. Instead, the bookkeeper simply printed and sent a computer-generated letter to each contributor, and then used that letter as a "template" for the next letter. The Auditor determined that this explanation was credible.

Through the examination of the Committee's records and campaign disclosure statements, the Auditor verified that the Committee accurately and truthfully disclosed all contributions received and expenditures made. However, the Committee failed to maintain records of major donor notification, in violation of Section 84104 of the Act. 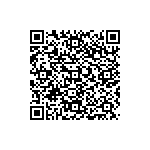 Scan the QR code with a mobile device camera to access the latest version of this document online:
https://sfethics.org/ethics/1999/06/san-francisco-ethics-commission-audit-report-san-franciscans-opposed-to-excessive-regulation-fppc-id.html