For the period covered by the audit, the Committee received total contributions of $201,285 and incurred qualified campaign expenditures of $200,438. There was one material finding with respect to this Audit Report. The Committee failed to properly disclose expenditures of $65,379, or 32 percent of the total expenditures made, in violation of Government Code Sections 84211(b), (h), (i), and (j).

At the post-audit conference, the candidate, Donna Casey, explained that the treasurer and an assistant had performed the data entry tasks for the campaign. Data was entered into the Committee's database, including complete data regarding expenditures. The data was then transferred to campaign reporting software, which allowed the Committee to file required electronic and paper campaign statements. However, not all of the expenditure information was transferred during this process. Ms. Casey stated that she and campaign staff attempted to reconcile the campaign statements but could not do so. Ms. Casey stated that it was not her intention to conceal any expenditure. 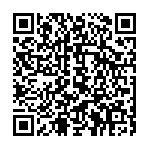 Scan the QR code with a mobile device camera to access the latest version of this document online:
https://sfethics.org/ethics/2000/06/san-francisco-ethics-commission-audit-report-casey-for-supervisor-98-fppc-id-980991.html