For the period covered by the audit, the Committee received total contributions of $35,445 and incurred qualified campaign expenditures of $35,360. There were two material findings with respect to this Audit Report. For the reporting period ending December 31, 1998: 1) The Committee filed the paper copy of its campaign statements six months late, in violation of Government Code Section 84200(a); and 2) The Committee filed the electronic copy of its campaign statements five months late, in violation of S.F. Campaign and Governmental Conduct Code Section 1.310.

The Committee was required to file by January 31, 1999, the campaign statements covering the period October 18, 1998 through December 31, 1998. However, the paper copy of the statements covering this period was not filed until August 2, 1999 and the electronic copy was not filed until July 1, 1999. As a result, the Committee’s paper and electronic copies of campaign statements were filed 182 and 152 days late, respectively. 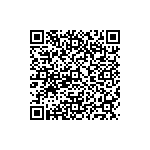 Scan the QR code with a mobile device camera to access the latest version of this document online:
https://sfethics.org/ethics/2000/07/san-francisco-ethics-commission-audit-report-committee-to-elect-andrea-d-shorter-fppc-id-980608.html