For the period covered by the audit, the Committee received total contributions of $140,889 and incurred expenditures of $121,414. There was one material finding with respect to this Audit Report: The Committee failed to send major donor notices in violation of Government Code Section 84105.

The Committee, sponsored by the Building Owners and Managers Association of San Francisco, was formed in May 1987 to provide independent expenditures in support of various candidates and/or issues in the City and County of San Francisco. The Committee filed its initial Statement of Organization on May 27, 1987, indicating that it had qualified as a committee on May 22, 1987. The Committee has not terminated as of the date of this report. Robert Spicker served as the Committee's treasurer during the period covered by the audit. 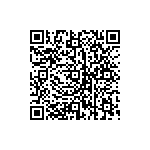 Scan the QR code with a mobile device camera to access the latest version of this document online:
https://sfethics.org/ethics/2001/08/san-francisco-ethics-commission-audit-report-building-owners-and-managers-association-of-san-francis-3.html