Government Code Section 84211(k) requires that costs incurred by a committee, but not paid during the reporting period, must be reported as "accrued expenditures." Committees must report the name and address of each creditor owed $100 or more, a written description of the goods or services purchased, and the amount owed.

The Electronic Filing Ordinance requires that whenever an elected City and County officer, candidate or committee is required by the Act to file campaign statements with the Ethics Commission, such elected officer, candidate or committee must file at the same time a copy of the report on a computer diskette, or other electronic media, in a format prescribed by the Ethics Commission if such committee receives contributions or makes independent expenditures totaling $5,000 or more in a calendar year. (Campaign and Governmental Conduct Code Section 1.310). This regulation also provides that campaign statements required in electronic form be filed by the same filing dates as set forth in the Act (Government Code Section 81000, et seq.).

The Committee's attorney stated that the Committee's failure to report the above-referenced expenditures on the semi-annual campaign statement for the period ending December 31, 1999 was inadvertent. He noted that with respect to the $5,000 management fee paid to Howard Agency, the Committee had not received an invoice until January 2000 (the invoice was dated 1/26/00), at which time the Committee promptly made payment. In regards to the $31,442 Autumn Press payment, the attorney noted that: 1) the Committee received an invoice in December 1999 (total amount of the invoice was $72,730); 2) paid a portion of the invoice at that time ($41,288 was paid); and 3) the portion that was paid, $41,288, was reported in a timely manner on the semi-annual campaign statement for the period ending December 31, 1999. He stated that the Committee provided pertinent information to the public by disclosing the vendor, the purpose of, and 4/7 of the amount of the expenditure prior to the election (on a Late Independent Expenditure Report).

Statement from Ethics Commission staff: It is difficult to determine whether the Committee would have encountered difficulties with the Commission's On Line Filing System ("OLFS"), inasmuch as it did not attempt to use it prior to the filing deadline. For the January 31, 2000 filing deadline, 73 other committees successfully filed electronic statements using OLFS. Filers using OLFS do not have the capacity to generate computer disks. Therefore, the Committee's comments concerning committees submitting disks can only refer to committees using third party vendor software, over which the Commission has no control. 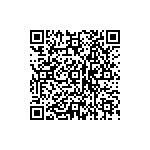 Scan the QR code with a mobile device camera to access the latest version of this document online:
https://sfethics.org/ethics/2001/12/san-francisco-ethics-commission-audit-report-the-com-good-government-committee-fppc-id-992231.html