For the period covered by the audit, the Committee received total contributions of $80,048 and incurred expenditures of $78,117.   There was one material finding with respect to this Audit: the Committee failed to file one Late Contribution Report, in violation of Government Code Section 84203.  (Please note that the Committee filed this report after the auditor brought the non-filing to its attention.)

The Committee was formed to support the election of Gerardo C. Sandoval for Member, Board of Supervisors, District 11, in the November 7, 2000 general election.  The Committee filed its Statement of Organization on July 26, 1999, indicating that it had qualified as a committee on July 22, 1999.  After the November 7, 2000 election, the Committee continued to exist to support Supervisor Sandoval’s candidacy in the December 12, 2000 run-off election.  The final campaign statement that was filed by the Committee covered the reporting period ending June 30, 2001.  The Committee’s treasurer was Bruce Cuthbertson.

“Late contribution” means any contribution, including a loan, which totals in the aggregate $1,000 or more that is made or received by a candidate, a controlled committee, or a committee formed or existing primarily to support or oppose a candidate or measure before the date of the election at which the candidate or measure is to be voted on but after the closing date of the last campaign statement required to be filed before the election. (Government Code Section 82036).  The combined activities of affiliated entities shall be used to determine whether the $1,000 threshold is met or exceeded. (California Code of Regulations, Title 2, Section 18428).

Late contributions must be reported within 24 hours of receipt by facsimile transmission, telegram, guaranteed overnight mail through the United States Postal Service or personal delivery. (Government Code Section 84203(b)).  A candidate or committee that receives a late contribution must include on the Late Contribution Report: 1) its full name and street address; 2) the date and amount of the late contribution; and 3) the contributor’s name, street address, occupation, and employer, or if self-employed, the name of the business.  Late Contribution Reports must be filed with each office with which the candidate or committee is regularly required to file campaign statements. (Government Code Section 84203(a)).

Through the examination of the Committee’s records and campaign disclosure statements, the Auditor found one material finding: the Committee failed to file one Late Contribution Report, in violation of Government Code Section 84203.

List of the late contributions that the Committee received on December 11, 2000 for which a Late Contribution Report was not filed for the December 12, 2000 run-off election: 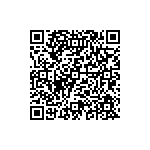 Scan the QR code with a mobile device camera to access the latest version of this document online:
https://sfethics.org/ethics/2003/04/san-francisco-ethics-commission-audit-report-gerardo-c-sandoval-for-supervisor-fppc-id-990913.html