COALITION FOR FAIR WATER RATES, A COALITION OF SAN FRANCISCO ENVIRONMENTALISTS, HOMEOWNERS, PROPERTY OWNERS, HOTELS AND REALTORS – NO ON A

This Audit Report contains information pertaining to the audit of the committee, Coalition for Fair Water Rates, A Coalition of San Francisco Environmentalists, Homeowners, Property Owners, Hotels and Realtors – No on A, Identification Number 1247126 (“the Committee”), for the period from January 1, 2002 through December 31, 2002.  The audit was conducted to determine whether the Committee materially complied with the requirements and prohibitions imposed by the Political Reform Act (“the Act”) (California Government Code Section 81000, et seq.) and San Francisco ’s Campaign Finance Reform Ordinance (“CFRO”) and Electronic Filing Ordinance (S.F. Campaign and Governmental Conduct Code §§ 1.100, et seq., and 1.300, et seq.).

For the period covered by the audit, the Committee received total contributions of $456,949 and incurred expenditures of $466,320.  There was one material finding with respect to this Audit: the Committee failed to disclose complete contributor information for 3 contributions, in violation of former S.F. C&GC Code § 1.114(d)[1].

This audit was performed in accordance with generally accepted auditing standards.  The audit involved a thorough review of the Committee’s records for the time period covered by the audit.

The Committee was provided with an opportunity to review and comment on this audit report.  The Committee disagreed with the materiality of the finding.  It believes that the finding does not meet the Commission’s standards for material findings and requested that the finding be classified as an immaterial finding for reasons of insignificance of the amount in terms of both dollars and percentages ($900 represents only 0.2% of the total dollars received), its insignificant importance (minor technical omission) and infrequent occurrence (3 items represent only 1.4% of all itemized contributions).  In addition, the Committee stated that with respect to the three contributions, the contributors were identifiable.  Furthermore, the Committee stated that the three contributions were timely and accurately disclosed.

Through the examination of the Committee’s records and campaign disclosure statements, the Auditor found that the Committee failed to disclose complete contributor information for 3 contributions, in violation of former S.F. C&GC Code § 1.114(d). 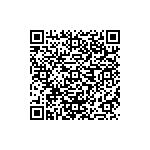 Scan the QR code with a mobile device camera to access the latest version of this document online:
https://sfethics.org/ethics/2005/03/san-francisco-ethics-commission-audit-report-coalition-for-fair-water-rates-a-coalition-of-san-franc.html