This Audit Report contains information pertaining to the audit of the committee Lazarus for City Attorney, identification number 1236075 (“the Committee”) for the period from January 1, 2001 through December 31, 2001.  The intent of the audit was to determine whether the Committee materially complied with the requirements and prohibitions imposed by the Political Reform Act (“the Act”) (California Government Code Section 81000, et seq.) and San Francisco ’s Campaign Finance Reform Ordinance (“CFRO”) and Electronic Filing Ordinance (S.F. Campaign and Governmental Conduct Code §§ 1.100, et seq., and 1.300, et seq., respectively).

For the period covered by the audit, the Committee reported that it received total contributions of $616,916 (including loans) and incurred expenditures of $644,164.  The Commission was unable to conduct a complete audit to determine whether the Committee timely and accurately disclosed its activity because the records provided by the Committee for review were incomplete.  The audit report will be referred to the Commission’s enforcement section for possible enforcement action for failing to maintain records regarding contributions and expenditures, in violation of Government Code Section 84104 and SF C&GC Code section 1.106; and/or possible violating of C&GC Code §1.170(e) by failing to furnish the Ethics Commission with a copy of the Committee’s campaign records.

The Committee is a candidate-controlled committee formed to support James L. Lazarus for City Attorney in the November 6, 2001 election.  The Committee indicated on its Statement of Organization that it had qualified as a committee on June 21, 2001.  The Committee has not terminated as of the date of this report.  The Committee’s treasurer is John Zante.  Renita Lloyd-Smith provided campaign finance management services to the Committee.

Audits are performed in accordance with generally accepted auditing standards.  Audits involve a thorough review of a committee’s records for the time period covered by the audits.

In 2004 the Commission sent a letter to the candidate, James Lazarus, requesting that the Committee provide its records covering the year 2001 for audit review.  Although Mr. Lazarus provided the auditor with the Committee’s bank statements and check register, these records are incomplete.  Copies of most of the contribution checks received prior to the election were not provided.  The auditor has not received access to the Committee’s complete records such as copies of contribution checks and invoices/receipts for payments, despite numerous contacts over the past several months to receive such documents.  Therefore, the Commission was unable to perform a complete audit to determine whether required campaign statements were timely and accurately filed and whether the Committee complied with other campaign finance requirements.

The Commission was unable to conduct a complete audit to determine whether the Committee timely and accurately disclosed its activity because the Committee did not provide its complete records for review.  As a result, the audit report will be referred to the Commission’s enforcement section for possible enforcement action for failing to maintain records regarding contributions and expenditures, in violation of Government Code Section 84104 and SF C&GC Code section 1.106; and/or possible violating of C&GC Code §1.170(e) by failing to furnish the Ethics Commission with a copy of the Committee’s campaign records. 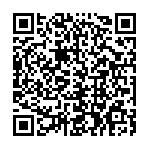 Scan the QR code with a mobile device camera to access the latest version of this document online:
https://sfethics.org/ethics/2005/04/san-francisco-ethics-commission-audit-report-lazarus-for-city-attorney-fppc-id-1236075.html