This Audit Report summarizes the results of the audit of the committee, Jose Medina for Supervisor 2004, Identification Number 1266702 (“the Committee”), for the period from January 1, 2004 through December 31, 2004.  The audit was conducted to determine whether the Committee materially complied with the requirements of the Political Reform Act (“the Act”) (California Government Code Section 81000, et seq.) and San Francisco ’s Campaign Finance Reform Ordinance (“CFRO”) (S.F. Campaign and Government Conduct Code Sections 1.100, et seq.).[1]

For the period covered by the audit, the Committee received $40,743 in contributions, $27,224 in public funds, and incurred expenditures of $66,545.[2]  The CFRO provides that any candidate who receives public funds must return unexpended campaign funds to the City for deposit into the Election Campaign Fund up to the amount of public funds received by the candidate.[3]  The Committee does not have any unexpended funds.

Government Code Section 85201 and S.F. Campaign and Governmental Conduct Code section 1.106 and 1.108: Requirement to Deposit Personal Funds in the Campaign Bank Account Prior to Expenditure

Government Code Section 85201 and S.F. Campaign and Governmental Conduct Code section 1.106 and 1.108 requires candidates to deposit personal funds in the campaign bank account and make expenditures from that account instead of spending personal funds on campaign expenses and later seeking reimbursement from campaign funds.  If a candidate makes a payment from personal funds for allowable campaign-related expenditures, the payment is considered to be an in-kind contribution from the candidate to his or her campaign committee.

On the campaign statements covering January 1 through September 30, 2004, the Committee reported that it received $25,000 in loans from the candidate.  Thereafter, the Committee amended this campaign statement to reflect that the candidate intended to make a $15,000 personal loan and a $10,000 contribution to his campaign committee, thus complying with the loan amount limitation of section 1.116.[4]

Government Code Section 85201 and S.F. Campaign and Governmental Conduct Code section 1.106 and 1.108: Requirement to Deposit Personal Funds in the Campaign Bank Account Prior to Expenditure

The candidate explained that the size of the campaign budget did not allow the Committee to hire professional staff and instead the Committee had to rely on neighborhood volunteers.  The candidate stated that the Committee focused its attention on not spending in excess of the expenditure ceiling, and on complying with the rules governing the use of public moneys and on providing the necessary documentation to the Commission when requesting public funds, which resulted in less attention given to other areas.  The candidate stated that any violation committed were not willful nor deliberate.  He provided the following responses to the above-referenced findings:

[2] The expenditure amount of $66,545 includes $1,617 that was reimbursed to the candidate for campaign expenditures (see the section regarding material findings).

[3] Unexpended funds are calculated by subtracting any unpaid bills, on-going qualified campaign expenditures and forfeitures from the amount of cash that the Committee had on hand on the 30th day following the election in which the candidate was elected or defeated. 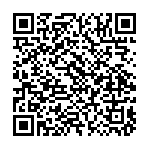 Scan the QR code with a mobile device camera to access the latest version of this document online:
https://sfethics.org/ethics/2006/04/san-francisco-ethics-commission-audit-report-jose-medina-for-supervisor-fppc-id-1266702.html