This Audit Report summarizes the
results of the audit of the committee, Vernon Grigg
for Supervisor, Identification Number 1268439 (“the Committee”), for
the period from January 1, 2004 through December 31, 2005.
The audit was conducted to determine whether the Committee materially
complied with the requirements of the Political Reform Act (“the Act”)
(California Government Code section 81000, et
seq.) and San Francisco’s Campaign Finance Reform Ordinance
(“CFRO”) (San Francisco Campaign and Governmental Conduct Code

San Francisco Charter Section
C3.699-11 authorizes
the Ethics Commission (“the Commission”) to audit campaign statements
that are filed with the Commission.
Section 1.150(a) of the CFRO requires the Commission to audit all
candidates who receive public financing.
Audits of publicly financed candidates include a review of campaign
statements and other relevant documents to determine whether the
candidate complied with applicable requirements of State and local law.

Audit reports
are posted to the Commission’s web site and, in cases of violations of
law, are forwarded to the appropriate enforcement agency.

For the period covered by the audit,
the Committee
received $54,345 in contributions, $41,661 in public funds, and
incurred expenditures of $95,986.
Section 1.148(d) of the CFRO provides that any candidate who receives
public funds must return unexpended campaign funds to the City for
deposit into the Election Campaign Fund up to the amount of public
funds received by the candidate.[2]  The Committee does not have
any unexpended funds.

The Commission determined that
there was one material finding with respect to the audit of the
Committee, as follows:

The Political Reform Act defines mass
mailings as 200 substantially similar pieces of mail sent within a
calendar month.
Section 1.161(a) of the CFRO requires any candidate for City elective
office who pays for a mass mailing that advocates for or against
candidates for City elective office to include on the mailing the
statement “paid for by ______(insert
candidate’s name and street address)” in not less than 14-point type
and in a color or print which contrasts with the background so as to be
easily legible.
Section 1.161(b) also requires
candidates to file with the Ethics Commission a clearly legible
original or copy of the mass mailing and an itemized disclosure
statement within five working days after the date of the mailing.

Although the Committee filed Itemized
Disclosure
Statements for two mass mailings, there were seven mass mailings for
which Itemized Disclosure Statements were not filed, as follows:

The Committee did not provide comment
on this audit report.

[1]
During the period covered by the audit, Article 1, Chapter 3 of the San
Francisco Campaign and Governmental Conduct Code (S.F. C&GC
Code)
codified the Electronic Filing Ordinance.
As a
result of recent amendments to CFRO, the provisions of the Electronic
Filing Ordinance are now combined in S.F. C&GC Code section
1.112.

[2]
Unexpended funds are calculated by subtracting any unpaid bills,
on-going qualified campaign expenditures and forfeitures from the
amount of cash that the Committee had on hand on the 30th
day following the election in which the candidate was elected or
defeated. 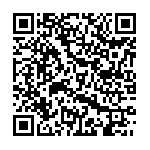 Scan the QR code with a mobile device camera to access the latest version of this document online:
https://sfethics.org/ethics/2006/07/san-francisco-ethics-commission-audit-report-vernon-grigg-for-supervisor-fppc-id-1268439.html