This Audit Report summarizes the audit results of the committee, Daly 06, Identification Number 1284226 (“the Committee”), for the period from January 1, 2006 through December 31, 2006.  The audit was conducted to determine whether the Committee materially complied with the requirements of the Political Reform Act (“the Act”) (California Government Code section 81000, et seq.) and San Francisco’s Campaign Finance Reform Ordinance (“CFRO”) (San Francisco Campaign and Governmental Conduct Code section 1.100, et seq).

For the period covered by the audit, the Committee received $165,552 in contributions and $43,750 in public funds, and incurred $207,151 in expenditures.  The CFRO provides that any candidate who receives public funds must return unexpended campaign funds to the Election Campaign Fund.  The Committee did not have any unexpended funds.[1]

Government Code section 84300 states that no contribution of $100 or more may be made or received in cash.

The cash contributions are as follows:

Government Code section 85201 and CFRO section 1.106 require candidates to deposit personal funds into the campaign bank account and make expenditures from that account instead of spending personal funds on campaign expenses and later seeking reimbursement from campaign funds.

The Committee reimbursed the candidate for the following expenses:

The Committee was provided an opportunity to review and comment on this audit report. The Committee’s comments are as follows:

On several occasions, campaign expenses that I incurred were reimbursed to me by the campaign.  This was always done within reporting periods to ensure transparency of all campaign expenditures.  I do not read California Government Code section 85201 to prohibit this accounting practice.

Furthermore, several of the subject expenses were incurred in my role as Treasurer of Daly 06 and not as the candidate. 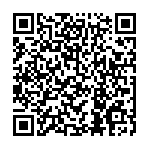 Scan the QR code with a mobile device camera to access the latest version of this document online:
https://sfethics.org/ethics/2008/06/san-francisco-ethics-commission-audit-report-daly-06-fppc-id-1284226.html