The Committee is a general purpose committee that was formed in 1997 to support or oppose San Francisco ballot measures.  The Committee has not terminated as of the date of this report.  During the period covered by the audit, Eugene Valla served as the Committee’s treasurer. 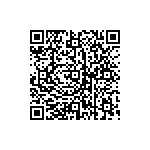 Scan the QR code with a mobile device camera to access the latest version of this document online:
https://sfethics.org/ethics/2008/07/san-francisco-ethics-commission-audit-report-building-owners-and-managers-association-of-san-francis-2.html