Re: Questions Raised at the Campaign Consultant Workshop on May 15, 1998

The intent of the reporting provisions is to require reporting of the economic consideration exchanged for campaign consulting services, whether or not that economic consideration has actually been received. This broad reporting obligation is intended to inform the public about the campaign-related financial arrangements, including unpaid debts, between campaign consultants and their clients. The staff concludes that these purposes would be best served by requiring that the full amount of the promise made during the three-month reporting period should be reported, regardless of whether the promise covers services that will be provided during another reporting period. If the contract is later altered, the actual amount received will be indicated on later reports.

2. If a contract involves a promise to pay expenses, but the amount of expenses is unknown, how is that promise reported? Does the campaign consultant also have to report the expenses at the time they are incurred? At the time the expenses are paid?

A contract involving a promise to pay expenses in exchange for consulting services is a promise to provide "economic consideration" in exchange for consulting services. See § 16.541 (defining economic consideration to include reimbursement of expenses or anything else of value). To determine how much to report, the consultant should make a reasonable good faith estimate of the fair market value of anticipated expenses.

4. Is a judge or a candidate for county central committee a local officeholder or candidate within the meaning of the ordinance?

Judges and County Central Committee members are not local officeholders or candidates within the meaning of the Ordinance. The Ordinance defines local office as "the following elective offices in the City and County of San Francisco: Mayor, Board of Supervisors, City Attorney, District Attorney, Treasurer, Sheriff, Assessor, Public Defender, Board of Education of the San Francisco Unified School District, and governing Board of the San Francisco Community College District." § 16.541(i). Neither judges nor members of the County Central Committee are covered by this definition.

5. May a campaign consultant, to facilitate the entry of filing data, create its own forms for registration if those forms are approved by the Ethics Commission?

At least for the initial filing under the Ordinance, the Ethics Commission staff is not prepared to review forms individual filers create to determine whether use of those forms is acceptable. After some initial experience with the Ordinance, the staff will revisit this question to determine the feasibility of allowing campaign consultants to use their own forms. The Ethics Commission staff also is exploring options to provide for on-line or electronic filing of these reports.

The Ordinance does not generally provide that one campaign consultant may be held liable for the acts of another consultant. See § 16.545(c)(discussing penalties). However, Section 16.545(d) provides that any person or entity who "knowingly or negligently . . . causes any other person to violate Section 16.542 may be liable in a civil action brought by the City Attorney for an amount up to $5000 per violation, or three times the amount not properly reported, whichever is greater." Under this section, a campaign consultant could be liable for causing another campaign consultant to violate the Ordinance.

§ 16.543(a)(6) and § 16.545(d). For this reason, campaign consultants must still file an authorization form for clients who pay or promise to pay filers less than $500. A client authorization statement must be filed before providing any services to any client and before receiving any economic consideration from the client, and in any event no later than 15 days after being retained to provide campaign consulting services to the client. § 16.543(d).

8. Who is required to register with the Tax Collector under the Business Tax Ordinance, San Francisco Municipal Code, Part III, § 1001, et seq.?

A business tax registration certificate must be obtained annually and displayed on the business premises by every person engaged in business within the City and County, regardless of whether the person is subject to the business tax. S.F.Muni. Code § 1003. The term "business" is defined as "all activities engaged in or caused to be engaged in within this City and County with the object of gain, benefit or advantage whether direct or indirect, to the taxpayer or to another or to others, but shall not include the services rendered by an employee to his or her employer or a casual or isolated transaction." Id., § 1002.1. Questions about whether a particular business is required to register should be directed to the Tax Collector.

I hope this letter is responsive to the questions raised at the meeting. If you have further questions or need additional information, please feel free to contact Commission staff at (415) 554-9510. 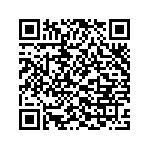 Scan the QR code with a mobile device camera to access the latest version of this document online:
https://sfethics.org/ethics/2009/05/questions-raised-at-may-15-1998-campaign-consultant-workshop-1.html