Staff welcomes your suggestions and comments at either of the Interested Persons meetings about any or all of the discussion topics set forth below.  If you are unable to attend, please submit your comments to the Ethics Commission at 25 Van Ness Avenue, Suite 220, San Francisco, CA 94102, or by email to ethics.commission@sfgov.org.

Does the City’s public financing program effectively serve its goals?

Should the City consider major structural changes to the public financing program?

The Commission has received feedback that the current program does not relieve candidates of the burden of fundraising for contributions or reduce the influence of money because public matching under the CFRO makes private contributions more valuable.  With matching funds, each dollar raised by a publicly-funded candidate is often worth two or five dollars to that candidate.  Should the City replace the partial (matching) public financing program with a full public financing program, where qualifying candidates receive a lump sum check and could not engage in further fundraising?  Would such a program be cost-prohibitive?  Could the program be structured to be no more expensive than the current program by (a) raising qualification thresholds and/or (b) setting a firm cap on the amount of funds available to publicly financed candidates?

Should the City keep the existing program and make more limited modifications?

Some have suggested that the City should change the way it matches contributions in the partial public financing program for Board of Supervisors candidates, either by changing the matching ratios, by changing the initial spending cap (called the Individual Expenditure Ceiling or IEC), or by imposing a “hard spending cap” that cannot be adjusted in response to campaign spending. The current program and several and alternatives are set forth below:

3 The legislation actually provides for an Independent Expenditure Ceiling of $245,000.

4 This “non-matching” amount is the amount that a candidate may raise in order to reach the Individual Expenditure Ceiling in Alternate Proposals 1,2,3 and 4, respectively – this amount will not be matched by public funds. 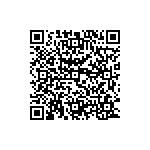 Scan the QR code with a mobile device camera to access the latest version of this document online:
https://sfethics.org/ethics/2011/11/interested-persons-meeting-to-discuss-possible-changes-to-the-campaign-finance-reform-ordinance-rela-2.html