This is the second Interested Persons meeting scheduled by Ethics Commission staff to discuss and solicit comments about possible changes to the public financing program for candidates for the Board of Supervisors and the Mayor.  Based on the insightful and helpful comments received at the November 16, 2011 Interested Persons meeting, staff plans to recommend several modifications for the Commission’s consideration when it meets on December 12, 2011 at 5:30 PM in Room 408 City Hall.  These possible changes are set forth below.

Staff welcomes your suggestions and comments at the upcoming Interested Persons meeting about any or all of the proposed changes set forth below.  The list of changes is not an exhaustive one – staff welcomes your input.  If you are unable to attend, please submit your comments to the Ethics Commission at 25 Van Ness Avenue, Suite 220, San Francisco, CA 94102, or by email to ethics.commission@sfgov.org.

Many of the comments received at the first Interested Persons meeting were based on the experience of the November 2011 mayoral election, where nine candidates for Mayor received (as of 11/17/11) $4,607,726; and where five of those candidates, whose public funds totaled $2,365,722, each received less than five percent of the first-choice votes cast.

For Board of Supervisors:

Candidates must show that they have sufficient support in the district in order to be eligible to receive public funds.  There was concern that eligibility thresholds were too low and the 4-1 match meant too much funds were released to candidates who really didn’t have widespread support.

Proposal A for BoS (Staff’s Recommendation)

Proposal B for BoS

The November 16, 2011 Interested Persons meeting did not address the Mayoral public financing program.  However, staff believes that the proposed general rules governing the Supervisorial program could apply similarly to the Mayoral program.  Thus, staff might consider the following proposal:

In the 2011 election, no publicly financed candidate was able to achieve the maximum $900,000 in public funds.  For this reason, staff proposes to keep the public funds level at $900,000.

A member of the public has proposed the following scheme:

Other questions re Mayoral program:

Withdrawal of publicly funded candidates for Supervisor or Mayor:

Under current law, any candidate who receives public financing but who withdraws or fails to qualify to have his or her name printed on the ballot in the election for which the public funds were provided must repay the Election Campaign Fund the full sum received from the Fund.  Are the proposed changes – particularly, delaying the disbursement of public funds and changing the formula for matching funds – sufficient to address concerns that public funds were too readily available to candidates during the last election?  If not, what other changes might be proposed? 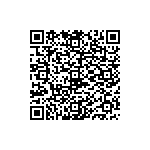 Scan the QR code with a mobile device camera to access the latest version of this document online:
https://sfethics.org/ethics/2011/12/interested-persons-meeting-to-discuss-possible-changes-to-the-campaign-finance-reform-ordinance-rela.html