1) Courtesy Notice regarding the May 22, 2014 Second Pre-Election Filing
Deadline for the June 3, 2014 election
2) General Purpose committees that make contributions or any
expenditures totaling $500 or more during a Pre-Election period
3) Independent Expenditures regarding San Francisco ballot measures and
candidates
4) Late Reporting Period (March 5, 2014 through June 2, 2014) Filing
Obligation

1. Courtesy notice regarding the May 22, 2014 filing deadline

a. All committees controlled by San Francisco candidates being voted upon in the June 3, 2014 election ; and
b. All San Francisco candidates without committees being voted upon in the June 3, 2014 election. (These filers file a Form 470 covering the calendar year and need not file if they have already filed a 470 for the current election and year.);
c. All committees primarily formed to support or oppose local candidates or ballot measures being voted upon in the June 3, 2014 election;
d. General purpose committees that make $500 or more in contributions or ANY expenditures during the pre-election period; and
e. For statements that are NOT electronically filed, the Commission requires an original and one copy of each statement signed and dated by the treasurer and/or candidate. You may obtain FPPC forms at the Fair Political Practices Commission website: http:www.fppc.ca.gov. You may obtain local SFEC forms at the SF Ethics Commission website: https://www.sfethics.org.

All major donor committees, recipient committees and independent expenditures committees must file the following FPPC forms electronically: 460, 461, 465, 496 and 497. A committee that files electronic campaign statements must continue to file electronically until it terminates. You do not need to file a paper statement if it was already filed electronically. There are two ways to comply with this requirement:
a. Internet Filing. Committees may use the Commission’s free San Francisco Electronic Disclosure System (SFEDS). A registration form and a user guide are available on the Commission’s web site at www.sfethics.org.
b. Political Reporting Services. Campaigns may wish to purchase political software or reporting services. You may obtain a list of qualified third-party software vendors at http://www.ss.ca.gov/prd/approved_vendors.htm. (Please note that these are listed for informational purposes and that the Commission does not endorse these services.)

The 90-day period immediately preceding an election is called the Late Reporting Period. For the June 3, 2014 election, the Late Period covers from March 5, 2014 through June 2, 2014. During this period, you may be required to file additional reports, as described below. 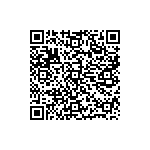 Scan the QR code with a mobile device camera to access the latest version of this document online:
https://sfethics.org/ethics/2014/05/courtesy-notice-may-16-2014-courtesy-notice-regarding-the-may-22-2014-second-pre-election-filing-dea.html