At its special meeting on May 28, 2014, the San Francisco Ethics Commission adopted a resolution stating that it will not enforce the aggregate limit on contributions to City candidates in a given election, which is found in San Francisco Campaign and Governmental Conduct Code section 1.114(a)(2).

The resolution was adopted in light of the United States Supreme Court’s recent opinion in McCutcheon v. Federal Election Commission, No. 12-536, which struck down a federal law limiting how much an individual could contribute to federal candidates, parties and PACs in a two-year election cycle. The Court found that this federal aggregate limit violated the First Amendment of the U.S. Constitution.

City law similarly imposes an aggregate limit on contributions by an individual or committee to all candidates in a given City election. That limit is $500 multiplied by the number of City elective offices to be voted on in that election. The Commission resolved to suspend enforcement of this aggregate limit in light of the holding in McCutcheon.

The Commission’s resolution does not impact the City’s $500 limit on contributions from an individual to a single City candidate, which remains in full force. Please visit the Commission’s website (www.sfethics.org) for more information about the City’s campaign finance laws.

The full text of the Commission’s resolution follows.

WHEREAS section 1.114(a)(2) of the San Francisco Campaign Finance Reform Ordinance (“CFRO”), Article I, Chapter 1 of the Campaign & Governmental Conduct Code, is similar to the provision at issue in the McCutcheon case in that it imposes an aggregate contribution limit how much a person may contribute to multiple candidates in a single City election; and

WHEREAS in light of the legal precedent and reasoning set forth in the McCutcheon case, CFRO section 1.114(a)(2) should not be enforced at this time; and

THEREFORE, BE IT RESOLVED by the San Francisco Ethics Commission that, as of the date of this resolution, it will do the following:

I certify that this resolution was adopted by the San Francisco Ethics Commission on May 28, 2014. 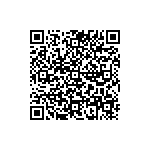 Scan the QR code with a mobile device camera to access the latest version of this document online:
https://sfethics.org/ethics/2014/05/press-release-may-29-2014-san-francisco-ethics-commission-suspends-enforcement-of-the-citys-aggregat.html