Under S.F. Campaign and Governmental Conduct Code 1.128, a candidate who wishes to accept the voluntary expenditure ceiling must file Form SFEC-128 no later than the August 7, 2015 deadline for filing nomination papers.

In addition, any person other than a candidate committee who makes or incurs expenditures for the purpose of distributing independent expenditures, electioneering communications, or member communications that clearly identify any candidate that equals or exceeds $1,000 per candidate, must file a report with the Ethics Commission within 24 hours of each time it reaches the $1,000 threshold.

No candidates have accepted the voluntary expenditure ceiling. 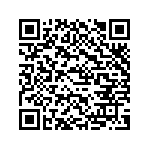 Scan the QR code with a mobile device camera to access the latest version of this document online:
https://sfethics.org/ethics/2015/06/expenditure-ceilings-november-3-2015-election.html