In June 2015, the Board of Supervisors and the Mayor approved numerous amendments to the City’s Campaign Finance Reform Ordinance (“CFRO”), found at San Francisco Campaign and Governmental Conduct Code section 1.100 et seq.

Among other changes, a legible copy of any independent expenditure concerning City candidates must now accompany any Form 496 filed with the Ethics Commission. Copies should be submitted to the Commission by email (ethics.commission@sfgov.org). The forwarding email should reference the report number(s) of the filed Form 496 and the name of the filer.

Also, electioneering communications and member communications referencing City candidates will now be reported on new SFEC Forms 162 and 163, respectively.  Copies of the communications must be submitted to the Ethics Commission with those forms.

Additionally, the disclaimer requirements for all City campaigns (i.e, “Paid for by” rules), including ballot measure campaigns, have changed to supplement state law requirements.  The Ethics Commission has produced a number of Disclaimer Charts that indicate how to comply with the new rules:

If you participate in City campaigns, you are strongly encouraged to review these documents.

For more information about CFRO and the recent amendments, visit the Ethics Commission’s website: www.sfethics.org or call (415) 252-3100. 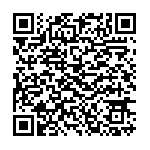 Scan the QR code with a mobile device camera to access the latest version of this document online:
https://sfethics.org/ethics/2015/07/announcement-of-important-changes-to-san-franciscos-campaign-finance-ordinance-now-in-effect.html