Under S.F. Campaign and Governmental Conduct Code 1.128, a candidate who wishes to accept the voluntary expenditure ceiling must file Form SFEC-128 no later than the August 12, 2016 deadline for filing nomination papers.

In addition, any person other than a candidate committee who makes or incurs expenditures for the purpose of distributing independent expenditures, electioneering communications, or member communications that clearly identify any candidate that equals or exceeds $1,000 per candidate, must file a report with the Ethics Commission within 24 hours of each time it reaches the $1,000 threshold.

In the November 8, 2016 election, only candidates for the Board of Supervisors who have been certified as eligible to receive public funds are bound by an Individual Expenditure Ceiling (IEC). Each publicly financed Supervisorial candidate’s IEC begins at $250,000 and may be raised in increments of $10,000. 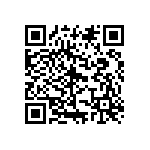 Scan the QR code with a mobile device camera to access the latest version of this document online:
https://sfethics.org/ethics/2016/03/expenditure-ceilings-november-8-2016.html