In District 2, the Individual Expenditure Ceiling for Catherine Stefani was raised from $750,000 to $760,000 because on October 10th Total Supportive Funds for candidate Nick Josefowitz totaled $738,280 and Total Opposition Spending against Stefani totaled $26,500.

In District 4, the Individual Expenditure Ceiling for Gordon Mar was raised from $470,000 to $510,000 because on October 10th Total Supportive Funds for candidate Jessica Ho totaled $513,110. 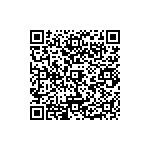