The Individual Expenditure Ceilings of four publicly financed candidates in the November 2018 supervisorial races were raised today by the San Francisco Ethics Commission as required under the City’s current public financing laws.

In District 4, the Individual Expenditure Ceiling for Jessica Ho was raised from $350,000 to $380,000 because on October 30th Total Supportive Funds for candidate Gordon Mar totaled $363,247 and Total Opposition Spending against Jessica Ho totaled $21,003.

In District 6, the Individual Expenditure Ceiling for Christine Johnson was raised from $600,000 to $610,000 because on October 30th Total Supportive Funds for candidate Matt Haney totaled $600,547 and Total Opposition Spending against Christine Johnson totaled $10,000. 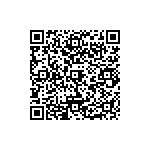 Scan the QR code with a mobile device camera to access the latest version of this document online:
https://sfethics.org/ethics/2018/10/public-announcement-of-expenditure-ceiling-adjustment-for-supervisorial-candidate-october-30-2018.html