In District 2, the Individual Expenditure Ceiling for Catherine Stefani was raised from $660,000 to $670,000 because on October 1st Total Supportive Funds for candidate Nick Josefowitz totaled $660,407 and Total Opposition Spending against Stefani totaled $15,000.

In District 4, the Individual Expenditure Ceiling for Gordon Mar was raised from $260,000 to $360,000 because on October 1st Total Supportive Funds for candidate Jessica Ho totaled $368,595. 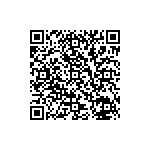 Scan the QR code with a mobile device camera to access the latest version of this document online:
https://sfethics.org/ethics/2018/10/public-announcement-of-expenditure-ceiling-adjustment-for-supervisorial-candidates-october-1-2018.html