1.Call to order and roll call. Chair Daina Chiu called the meeting to order at 2:01 pm.

COMMISSION MEMBERS PRESENT: With Chair Daina Chiu and Commission Members Yvonne Lee, Fern M. Smith, and Lateef Gray in attendance, a quorum was present. Commission Vice-Chair Noreen Ambrose was unable to attend the meeting and had an excused absence.

Ellen Lee Zhou commented on her prior communications with the Commission and its staff to demand investigation of public corruption by San Francisco officials. She stated public matching funds is a scam that enables bad policymaking to persist and urged evaluation of election fraud.

Chair Chiu provided the opportunity for public comment on the Consent Calendar, Items 3 through 8.

Ellen Lee Zhou commented on the partisan nature of politics and government in the City and stated that all items on the consent calendar were sponsored by Democrats.

Following action on the Consent Calendar, Chair Chiu indicated several items would be taken out of order, with Items 12, 10, and 11 taken up following Item 9 in that sequence.

overview of items and processes that have been implemented as part of the Anti-Corruption and Accountability Ordinance (“ACAO”) as requested by the Chair at the last meeting. She presented an overview of the implementation of ACAO disclosure requirements, including new online filing requirements for political committees and for city officials and departments, and the operational cycle of processes involved in implementing these requirements. She answered questions from the Commission about the forms and their rollout and provided a demonstration of the filing process using the Recusal Notification Form 3.209 for members of city boards and commissions who have a recusal requirement under the law.

Director of Enforcement & Legal Affairs Jeff Pierce summarized highlights from the August Enforcement Report including updated and expanded data regarding enforcement caseload from the prior fiscal year that ended June 30, 2019. Pierce highlighted current caseload statistics and data that reflects case data over the course of FY19, during which the Division’s enforcement processes fully implemented the Commission’s enforcement regulations that took effect in March of 2018. He also described recent efforts related to matters referred to the City’s Bureau of Delinquent Revenues and of the Commission’s late fee collection effort.

No public comment and no action was taken on the item as it was provided for informational purposes only.

Director of Enforcement & Legal Affairs Jeff Pierce introduced the June 24, 2019 Staff enforcement process improvements review memo, which had been carried over from the prior meeting. He noted the work has been in development for some time and staff welcomes the Commission’s input on the recommendations it contains. The memo provided background on current caseload practice and factors the staff has identified for refining processes, including case prioritization factors and the proposal to revise the fixed penalty policy. He explained that in discussion with the Commission the Staff sought the Commission’s input and support for the factors laid out in the memo.

Commissioners expressed support for the discretion that the Enforcement Division had exercised to date and for the process improvement framework that Staff laid out in the memo. Commissioner Lee stated her desire that cases that are core to the integrity of the City’s governmental process have priority focus. Commissioner Smith stated that the Division should retain and exercise discretion and expressed her support for the case prioritization factors that Staff had proposed. Chair Chiu expressed her confidence in the discretion the Division has so far exercised and agreed that that the age of matters and the ability to prove allegations should be among factors used in prioritizing cases.

Chair Chiu requested that Staff present an overview at the next Commission Meeting regarding expansion of the fixed penalty policy. Commissioner Lee asked for an informational presentation on the protections afforded under the law by the Commission through the Whistleblower Protection Ordinance. Chair Chiu added that a briefing by Department of Human Resources regarding secondary employment was slated for the September Commission meeting.

The Commission received no public comment and took no action on the item.

The Commission reconvened its meeting at 4:27 pm and took up Item 11.

Senior Policy Analyst Pat Ford presented the August Policy Report which was designed to provide a monthly update of ongoing policy projects and the opportunity for the Commission to update its Policy Prioritization Plan for the coming quarter. Ford highlighted the status of the package of public financing recommendations pending with the Government Audit and Oversight Committee of the Board of Supervisors, noting the Board is now on summer recess and returns after Labor Day. The package of regulation amendments adopted by the Ethics Commission in May took effect on July 30. He added that Staff are continuing the planning stages to enable electronic filing by all designated filers of the Form 700 (Statement of Economic Interests). He anticipates meetings with the Department of Human Resources and the City’s bargaining units to discuss the project may begin in early Fall. He noted the Sunlight on Dark Money Initiative ballot measure will appear as Proposition F on the November 2019 ballot.

Turning to the Policy Prioritization Plan, Ford noted the report recommends that the Commission retain the public financing review project and Form 700 E-filing project as top priorities for the coming months. He noted potential future policy projects also appear on a list attached to the Plan. These projects largely consist of program reviews to assess program provisions, regulations, advice, materials, and guidance to ensure those programs are effective. These programs include the campaign consultant program, lobbying program, permit consultant program, and major developer program, among others.

Chair Chiu asked that all Commissioners receive a package of information on the issue of limits on contributions to independent expenditure committees for a potential discussion at the end of the calendar year. She distinguished that type of potential “impact legislation” from ongoing program reviews of the laws administered and enforced by the Commission. She added that she does not have a desire to place new items on the plan at this point and anticipates a December conversation to identify any new specific policies for the year ahead. Ford confirmed Staff should have more clarity about programs and projects at that time to enable a useful discussion at the December or January Commission meeting.

After a brief discussion of questions by members of the Commission, Chair Chiu called for public comment. No public comment was received. No action was taken on the item.

Executive Director LeeAnn Pelham provided various highlights from the August Executive Director Report. Pelham noted that two additional audits from the 2016 cycle had been finalized since the last Commission meeting, with 26 of 27 committee audits from that cycle now completed. Audits from the 2018 election remain underway with assistance from an external auditor for audits of publicly financed candidates. She stated that the Commission’s website had just been updated to include new campaign fundraising and expenditure information related to the November 2019 election. Pelham highlighted the annual staff performance review and goal setting process that was underway and scheduled to be completed this month.

Chair Chiu requested a presentation at an upcoming meeting about the new campaign data dashboards.

No public comment was received and no action was taken on the item as it was provided for informational purposes only.

14. Discussion and possible action on items for future meetings.

15. Additional opportunity for public comment on matters appearing or not appearing on the agenda pursuant to Ethics Commission Bylaws Article VII Section 2.

Chair Chiu moved to adjourn the meeting and Commissioner Lee seconded the motion. The motion was adopted unanimously 4-0.

Motion 190816-02 (Chiu/Lee): Moved, seconded and unanimously adopted that the Commission adjourn the meeting.

The Commission adjourned at 5:08 pm. 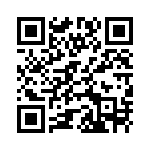 Scan the QR code with a mobile device camera to access the latest version of this document online:
https://sfethics.org/ethics/2019/09/21627.html