(Note: This item appears beginning at the 00:03:46 mark in the video recording at SFGovTv.)

Chair Noreen Ambrose convened the meeting at 9:37 am and stated that the meeting is being held by Teleconference Pursuant to the Governor’s Executive Order N-29-20 and the Twelfth Supplement to Mayoral Proclamation Declaring the Existence of a Local Emergency Dated February 25, 2020. Online Meeting Moderator Ronald Contreraz summarized procedures for remote participation by members of the public.

(Note: This item appears beginning at the 00:04:23 mark in the video recording at SFGovTv.)

(Note: This item appears beginning at the 00:12:14 mark in the video recording at SFGovTv.)

(Note: This item appears beginning at the 00:12:14 mark in the video recording at SFGovTv.)

Senior Policy & Legislative Affairs Counsel Pat Ford introduced the item. Ford described the ban on compensated activity by City officials and noted that a waiver process exists under the statute. Ford recommended a narrowly tailored waiver in this instance.

Commissioner Chiu asked the waiver applicant, Ruchira Nageswaran, if the waiver as proposed would suit her needs. Nageswaran affirmed that it would.

Chiu moved that the waiver be adopted.

Commissioner Bush noted that his experience from the mayor’s office revealed that it can be difficult to find individuals from smaller firms to fill appointed seats. He thanked the mayor for increasing diversity in terms of representation and smaller firms. He seconded the motion.

Commissioner Bell asked when it might be appropriate to discuss accountability and enforcement of these waivers. Chair Ambrose noted that it could be taken up during the Policy Report.

Bell departed the meeting at 9:54 a.m. on an excused absence.

(Note: This item appears beginning at the 00:20:31 mark in the video recording at SFGovTv.)

Ford introduced the item. He described the post-employment restriction and distinguished it from the compensated advocacy ban. Ford stated that a waiver can be granted under the post-employment restriction only for a narrow subset of requesters but that members of that subset might establish their need for a waiver by a lower bar than that which applies to the compensated advocacy ban.

Chair Ambrose thanked Ford for his analysis and stated she was prepared to approve the waiver as proposed.

Commissioner Chiu asked the waiver applicant Aaron Hyland whether he would be able to practice architecture under the waiver as proposed. Hyland affirmed that he would.

(Note: This item appears beginning at the 00:28:58 mark in the video recording at SFGovTv.)

Chair Ambrose called Item 8 ahead of Item 7 so that Commissioner Bell might have a chance of participating in Item 7 when he returned later in the morning.

Executive Director Pelham presented the item. Pelham updated the Commission about the status of filings of Statements of Economic Interest, for which annual filings covering the year 2020 had been due April 1, 2021. She noted that 94 percent of electronic filers had filed timely. She further noted that by next week the Commission should receive reports regarding the status of filings among the 3,000 additional employees who file on paper with their respective departments. She further noted that all elected officials have filed both their Statements of Economic Interest and their certifications of having completed the annual Ethics and Sunshine Training. Pelham highlighted updates Staff have made to the Commission’s homepage designed to educate the public about these filings.

Pelham stated that she and Deputy Director Gayathri Thaikkendiyil have met with the mayor’s budget office to review the Commission’s request for additional resources. She noted the mayor’s announcement of some $630 million in federal stimulus, indicating that the Commission would not be losing staff or resources in FY22 as a result of that stimulus.

Pelham announced the hiring of five new staff members. She introduced three new staff members to the Commission, Elaine Bozonelos in the Engagement & Compliance Division, Michael Canning in the Policy Division, and Jianfu “Alvin” Situ in the Electronic Disclosure & Data Analysis Division. She further announced the hiring of Eamonn Wilson into the Enforcement Division and Linda Fong into the Audit Division. Pelham thanked the Department of Human Resources (DHR) for its support.

Chiu asked about the likelihood that the Commission will receive the full 28 percent budget increase that Pelham’s report described as having been sought. Pelham stated she would provide updates when she is able.

Chiu welcomed the new hires and extended her thanks to DHR for their support.

Lee welcomed the new hires. She requested that the Executive Director provide a six-month update in June about the Commission’s Racial Equity Action Plan.

Bush asked for clarification about where information about the non-filings can be accessed and Pelham provided it.

Bush asked about whether any of the non-filers were jeopardizing the ability of any boards or commissions to have a quorum. Pelham stated she did not have that information offhand.

Bush stated that the Budget & Legislative Analyst in August had recommended that the Commission establish benchmarks for performance and asked if those benchmarks had yet been established. Pelham stated that some have and others have not, noting that it has been necessary to fill vacancies in certain instances. Bush and Pelham discussed the timeline of the BLA’s recommendations and Staff’s ability to implement them.

Bush asked about the City’s five-year plan for internet, noting that it had included a number of recommendations for the Ethics Commission. Pelham clarified that the Department of Technology (DT) issues an annual report regarding strategic vision, noting that this year’s report was a broad-reaching, 80-page assessment. She stated that like other departments, Ethics had been tapped to provide information about the maturity of its technology use.

Pelham noted that the Commission’s website does feature Enforcement actions through 2021 and noted that Staff update it every time a new action is taken. Chair Ambrose noted that Staff might need to correct any misinformation the Board may have received in DT’s report.

(Note: This item appears beginning at the 01:06:40 minute mark in the video recording at SFGovTv.)

Bush reiterated his request for an IP meeting on what the public might like to see for electronic disclosure. As an example he noted that it would be useful to see information regarding whether and when permit expediters were also hiring lobbyists or conducting lobbying activities on certain projects.

(Note: This item appears beginning at the 01:12:49 mark in the video recording at SFGovTv.)

Ford presented the item. He noted tentative dates for IP meetings and stated that it might be best to postpone those to ensure opportunity to distribute wider invitations, including to community groups as the Commission had requested at a prior meeting. Ford invited Commissioners to identify now or later by email which community groups they thought might be important to involve.

Chair Ambrose asked Ford about the Controller’s postponement of one of its public integrity assessments and whether Ford had communicated with the Controller’s Office about the contents of that report. Ford stated he did not know what their timeline was and described the scope of the report as he knew it based on questions the Controller had put to him, namely about Form 700 filings, processes, and training.

Chair Ambrose thanked Ford for identifying possible areas for review in the gift laws and requested that Ford update Commissioners about when they might participate in IP meetings.

Lee inquired about best practices elsewhere in the country for closing loopholes in the law. She reminded Ford that he had previously indicated that a counterpart from the Hawaii Ethics Commission had been considering a complete gift ban and asked for an update on their project. Ford stated that he would be glad to include an update with Staff’s subsequent analysis.

Bush stated that media in San Jose have created an analysis of lobbying activity in that jurisdiction and stated that lobbying disclosures appear to be more detailed there. Bush asked whether the Commission has evaluated whether to expand its lobbying disclosure requirements. He further noted that some lobbyists disclose significant payments each month without any apparent contacts and wondered what that might mean. Regarding Bush’s second question, Ford stated that he would wish to confer with the Lobbying Program Administrator and with the Enforcement Division. Regarding Bush’s first question, Ford stated that Policy’s focus has been on Article III regarding government ethics. Bush indicated he would circulate the San Jose articles among Staff and commissioners.

Chair Ambrose stated her expectation that Ford would continue to update the Commission on legislative developments.

Bell rejoined the meeting at 11:20 a.m. Chair Ambrose updated Bell about the items he had missed.

(Note: This item appears beginning at the 01:50:32 minute mark in the video recording at SFGovTv.) 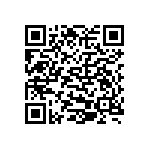 Scan the QR code with a mobile device camera to access the latest version of this document online:
https://sfethics.org/ethics/2021/05/minutes-april-9-2021.html