Draft Minutes of the Regular Meeting of
The San Francisco Ethics Commission
Friday, May 14, 2021

(Note: This item appears beginning at the 00:04:07 mark in the video recording at SFGovTv.)

Chair Noreen Ambrose convened the meeting at 9:34 am and stated that the meeting is being held by Teleconference Pursuant to the Governor’s Executive Order N-29-20 and the Twelfth Supplement to Mayoral Proclamation Declaring the Existence of a Local Emergency Dated February 25, 2020. Online Meeting Moderator Ronald Contreraz summarized procedures for remote participation by members of the publi

Commissioner James Bell joined the meeting at 9:58 am.

(Note: This item appears beginning at the 00:05:57 mark in the video recording at SFGovTv.)

(Note: This item appears beginning at the 00:08:25 mark in the video recording at SFGovTv.)

(Note: This item appears beginning at the 00:10:57 mark in the video recording at SFGovTv.)

Mark de la Rosa and Kate Chalk presented the Controller’s April 14, 2021 report, “Preliminary Assessment: Refuse Rate-Setting Process Lacks Transparency and Timely Safeguards.” De la Rosa identified this as the Controller’s fifth report and provided a brief overview of the reasons for these assessments and a summary of the prior assessments.

De la Rosa described the role that Paul Giusti played in the relationship between Recology and the City. He emphasized that over six years Giusti bribed Nuru and concealed those bribes in the form of charitable contributions.

De la Rosa described the statutory scheme dating back to 1932 that has enabled Recology to avoid competitive bidding and to acquire all 97 refuse permits in the City and County. He identified the several individuals and oversight bodies that participate in rate-setting.

Chalk presented the Controller’s recommendations, including by highlighting the process that led to the undetected or uncorrected erroneous rate hike.

Chiu asked about the nature of the monopoly that Recology holds over waste management in San Francisco. Chiu asked further what factors had left the rate error undetected or uncorrected for such a long time, including whether it may have been covered up. De la Rosa stated that  Chiu’s question was beyond the scope of their assessment. Todd Rydstrom added his support

Bush asked who had appointed Paul Giusti to a City board, how long he had been there, and whether there was any relationship between his appointment and Nuru. De la Rosa stated that  Bush’s question was beyond the scope of their assessment.

Bush asked whether there was a whistleblower complaint filed about excessive charges since 2017. De la Rosa stated he would have to report back.

Bush asked whether the rates for commercial and residential are the same and whether they were all affected by these changes. Chalk stated that the rate-setting processes are separate and that the settlement here concerns only the residential rates.

Chair Ambrose thanked the Controller’s Office for their work.

Bell inquired whether the Commission should take action in response to this item, for example by sending a letter or statement from the Commission. Chair Ambrose expressed her support for sending a statement to the Mayor, the City Administrator, and the head of the SFPUC.

Chair Ambrose moved that the Commission send a communication to the Mayor, the Controller, the City Administrator, and the head of the SFPUC expressing support of the Controller’s recommendations on the rate-setting process and requesting updates on progress of that implementation.

Motion 210514-02 (Bush/Ambrose): Moved, seconded, and passed (5-0) to send a communication to the Mayor, the Controller, the City Administrator, and the head of the SFPUC expressing support of the Controller’s recommendations on the rate-setting process and requesting updates on progress of that implementation.

Bush moved that the Commission request that the staff and City Attorney inquire into the appointment of Paul Giusti to a City advisory board and whether that might have related to a relationship between Giusti and Nuru regarding rate-setting, and whether individuals like Giusti are required to disclose whether they have arranged a behested payment.

Motion 210514-03 (Bush/Ambrose): Moved, seconded, and passed (5-0) to request that the staff and City Attorney inquire into the appointment of Paul Giusti to a City advisory board.

(Note: This item appears beginning at the 01:15:20 mark in the video recording at SFGovTv.)

Auditor Robb Hodge presented the item. Hodge highlighted figures from the 2020 election cycle and emphasized changes in election funding that resulted from the Commission’s public financing amendments. Among other findings, he noted that public financing represented a higher proportion of candidate spending than private funds.

Bush asked if staff could identify whether donations were made more heavily on election day, which donations would not have to be reported until well after the election.

Chair Ambrose asked whether the Commission could nevertheless distinctly disclose contributions that interested parties make to IE committees that support or oppose candidates that would have been restricted as to that contributor. Ford stated that doing so was theoretically possible but would be exceedingly resource intensive because it could not be automated.

Bush stated that former DCA Randy Riddle had indicated that different rules could be applied to IE committees that explicitly support or oppose individual candidates than might be applied to general purpose committees.

Chair Ambrose stated that a subsequent audit might be used to identify contributions that are used to subvert prohibitions in the way that Bush described.

Lee asked about the breakdown between supportive and negative advertising. She also asked whether the recent census cycle would affect the public financing of elections.

Hodge stated that the Commission’s EDDA team had enabled ready identification of payments in support or opposition.

Chiu asked about those candidates who did not participate in the public financing program. She further asked whether committees themselves identify the value of nonmonetary contributions that must be reported.

Hodge stated that among the ten candidates who were not certified to participate in public financing, one was an incumbent who declined to participate and the other nine did not raise sufficient funds to qualify. Hodge further stated that a nonmonetary contributor provides an estimate of that value to the recipient committee and speculated that it might be possible to investigate whether contributors were underreporting that value.

Chiu asked whether in real-time the Commission would be able to determine that public financing disbursements were being affected by improperly valued nonmonetary contributions and Hodge stated that it would require investigation.

Chair Ambrose asked about a candidate who spent more money than total funds reported. Hodge noted that the apparent discrepancy arises because the candidate had carried forward funds leftover from a prior election.

Bush stated that after an election a successful candidate can continue to raise money and make expenditures for officeholder expenses, and stated that this amounts to a loophole because officeholder accounts are otherwise banned.

(Note: This item appears beginning at the 02:09:55 mark in the video recording at SFGovTv.)

Ford presented the item. He highlighted that meet and confer on the behested payment legislation is now concluded. The next step is for the Rules Committee to schedule the legislation for hearing.

meetings have taken place and that Staff subsequently met with staff from the Campaign Legal Center in Washington DC to solicit that organization’s expertise on gift rules.

Ford reported that he had appeared on a panel hosted by the League of Women Voters in Alameda regarding potential new rules in that jurisdiction.

(Note: This item appears beginning at the 02:16:03 mark in the video recording at SFGovTv.)

Director Pelham presented the item. She began by highlighting a development in the news from yesterday that the City has reached a settlement agreement with permit consultant Walter Wong who was at the center of the Mohammed Nuru scandal. She noted that although the Commission was not a named party in the settlement it had played a role in the matter in identifying disclosure violations by which Wong had failed to report permit consulting contacts and political contributions that the SF C&GCC requires to be disclosed. Pelham highlighted that the settlement extracts maximum penalties from Wong for these ethics violations. Because this development arose after the agenda was finalized Pelham recommended that the Commission not hold formal discussion during today’s meeting.

Pelham provided an update on the Commission’s work to obtain late-filed Form 700 and ethics and sunshine training certifications.

Pelham introduced two new members of the Commission’s Staff, Audit Manager Linda Fong and Investigator Eamonn Wilson. She noted that the Commission is currently recruiting an additional senior investigator to backfill the position that Tommy McClain vacated when he took a position elsewhere in the City.

Chair Ambrose asked that the Wong settlement be calendared for the June Commission meeting.

Chiu welcomed new staff and asked about the three individuals who still owe a Form 700 and asked how the $100 late fee limit might be amended.

Pelham stated that no elected officials are outstanding with their Form 700 filings. She identified the non-elected official filers who failed to file timely.

DCA Shen stated that frequently missing filings are leaving-office filings from those who are no longer in office. He stated that Stevon Cook, who failed to file, had left the School Board some time ago.

Bell stated that filing the Form 700 should become cultural and not viewed as a burden.

Bush stated that only the appointing authority can remove an individual for No-File-No-Vote violations and stated that the Commission might recommend such removals. He further stated that although the filing deadline is April 1, FPPC rules require filers to amend if and when their economic interests change.

Bush noted that permit expediters are not treated the same as lobbyists, noting that only the latter are prohibited from making gifts or contributions to those whom they seek influence. He asked whether the Commission might consider treating them equivalently.

Item 8.  Discussion and possible action on items for future meetings.

(Note: This item appears beginning at the 02:49:35 minute mark in the video recording at SFGovTv.)

Chair Ambrose noted that the Walter Wong settlement and the budget had already been identified as items for future meetings.

Chiu requested that the Commission agendize discussion about how to implement Bell’s recommendation that Form 700 filings be treated as a matter of culture instead of an obligation.

Bush requested that the budget explicitly identify what it might cost to implement the BLA’s and the Controller’s public integrity recommendations that affect the Commission.

Item 9. Additional opportunity for public comment on matters appearing or not appearing on the agenda pursuant to Ethics Commission Bylaws Article VII Section 2.

(Note: This item appears beginning at the 02:56:10 minute mark in the video recording at SFGovTv.) 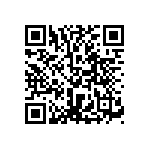 Scan the QR code with a mobile device camera to access the latest version of this document online:
https://sfethics.org/ethics/2021/06/draft-minutes-may-14-2021.html