In January 2020, the U.S. Department of Justice began to bring criminal corruption charges against multiple City officials, employees, and contractors. These charges allege numerous instances in which individuals seeking favorable outcomes from City government provided meals, travel, luxury goods, and other gifts in an attempt to influence the actions of City officers and employees. In response, the Ethics Commission embarked on a comprehensive review of the City’s ethics laws to ensure that the types of conduct alleged in the criminal complaints are appropriately prohibited and deterred by City law and that any other relevant weaknesses identified in the laws could be addressed.

The current phase of the project analyzes state and local laws pertaining to gifts. This report discusses gifts to City departments, especially gifts that bestow personal benefits on City officials.

San Francisco’s restricted source rule prohibits every City officer and employee from soliciting or accepting a gift from any person or organization that (a) contracts with the official’s department, or (b) has sought to influence the official’s actions in the last 12 months. This rule is a crucial guardrail to prevent pay-to-play and avoid the appearance of undue influence. However, several City departments have been observed to accept gifts from restricted sources and distribute them to City officials both within and outside of the department. This practice undermines the restricted source rule and creates the appearance of an improper relationship between City agencies and the entities that they do business with and regulate. The federal criminal complaints against Public Works Director Mohammed Nuru and two former Recology executives state that Recology made payments that Public Works used to pay for staff holiday parties and other personal benefits. The Department of Justice alleged that this practice was the basis of a bribery scheme because the gifts were given with the intent to influence official actions.

In some cases, departments accept gifts directly from restricted sources and then distribute them to City officials. In other instances, the gifts are administered by a non-City organization or person before being distributed to a City department or directly to City officials. This feature of a gift transaction can obscure the true source of a gift, diminishing transparency and impeding efforts to prevent gifts from restricted sources.

Additionally, the existing laws that require departments to disclose all gifts from non-City sources are inadequate. In practice, the disclosures are ineffective, redundant, and present compliance challenges for departments. The various disclosures are decentralized and fail to offer the public a sufficiently transparent view into who provides gifts to City government and which City officials are personally benefiting from these gifts. This transparency is vital both to maintain public trust in City government and to ensure that gifts do not violate state and local laws.

To address these problems, this report recommends that City law be amended to achieve the following: 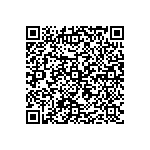 Scan the QR code with a mobile device camera to access the latest version of this document online:
https://sfethics.org/ethics/2021/09/gifts-to-city-departments-from-restricted-sources-lack-sufficient-public-transparency-and-create-opportunities-for-undue-influence.html