The Ethics Commission levied more than $4,000 in fines in four separate matters resolved through its new Streamlined Administrative Resolution Program. Established in February, the Commission’s Streamlined Administrative Resolution Program provides accountability for violations of City laws while reducing the amount of time and resources required for a more formal case resolution. The program does this by allowing identified types of cases to be resolved by a more standardized method for resolving matters by streamlined stipulated settlement within a framework of established fine formulas for violations of certain provisions of the City law. By allowing eligible matters to be resolved through streamlined procedures, the program enables the Enforcement Division to reserve a larger share of its  investigative resources for matters of greater severity, complexity, or breadth.

At its monthly public meeting Friday, the San Francisco Ethics Commission approved the following four settlement agreements in which respondents admitted to violations of the City’s Campaign and Governmental Conduct Code and agreed to pay a monetary penalty.

As with other stipulations acted on by the commission, Respondents and the Commission may agree to settle and resolve all factual and legal issues and reach a final disposition in these streamlined matters without the need for an administrative enforcement hearing.

In a separate action today, as part of its ethics policy project, the Commission today considered and endorsed the Staff recommendations contained in the Report on Gifts: Gifts to City Departments.  That report discusses gifts to City departments, especially gifts that bestow personal benefits on City officials and the impact of current practices on the City’s restricted source rule — a crucial guardrail to prevent pay-to-play and avoid the appearance of undue influence. The report details observed practices on the part of several City departments of accepting gifts from restricted sources and distributing them to City officials both within and outside of the department. The report finds that existing laws that require departments to disclose all gifts from non-City sources are inadequate.

At its meeting today, the Commission adopted in concept form the recommendations contained in the report to:

The Commission’s ethics policy work is designed to strengthen city laws in the wake of the federal corruption investigation. Beginning in January 2020, the U.S. Department of Justice began to bring criminal corruption charges against multiple City officials, employees, and contractors. These charges allege numerous instances in which individuals seeking favorable outcomes from City government provided meals, travel, luxury goods, and other gifts in an attempt to influence the actions of City officers and employees. In response, the Ethics Commission embarked on a comprehensive review of the City’s ethics laws to ensure that the types of conduct alleged in the criminal complaints are appropriately prohibited and deterred by City law and that any other relevant weaknesses identified in the laws could be addressed.

Ethics Staff will now prepare a draft ordinance, in coordination with the City Attorney’s office, that would enact the recommendations contained in the report as well as the Report on Gifts: Gifts to Individuals, which contains recommendations approved by the Commission at its August meeting. The Commission will consider the draft ordinance at a future meeting and can take action at that time to give final approval to the ordinance. The Board of Supervisors and Mayor could then vote to enact the ordinance, or the Commission could act to place the ordinance as a ballot measure in a future election.

The San Francisco Ethics Commission was created directly by the City’s voters with the passage of Proposition K in November 1993 and is responsible for the independent and impartial administration and enforcement of laws related to campaign finance, public financing of candidates, governmental ethics, conflicts of interests, and registration and reporting by lobbyists, campaign consultants, permit consultants, and major developers.  Our mission is to practice and promote the highest standards of integrity in government. We achieve that by delivering impactful programs that promote fair, transparent, and accountable governmental decision making for the benefit of all San Franciscans. Public service is a public trust, and our aim is to ensure that San Franciscans can have confidence that the operations of the City and County and the decisions made by its officials and employees are fair, just, and made without any regard to private or personal gain. 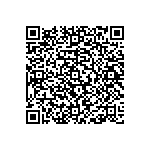 Scan the QR code with a mobile device camera to access the latest version of this document online:
https://sfethics.org/ethics/2021/10/ethics-commission-fines-respondents-for-violating-campaign-finance-ethics-and-lobbying-laws-and-takes-action-to-strengthen-city-gift-laws.html