Acting Chair Yvonne Lee convened the meeting at 9:40 am and stated that the meeting is being held by Teleconference Pursuant to the Governor’s Executive Order N-29-20 and the Twelfth Supplement to Mayoral Proclamation Declaring the Existence of a Local Emergency Dated February 25, 2020. Online Meeting Moderator Ronald Contreraz summarized procedures for remote participation by members of the public.

COMMISSION MEMBERS PRESENT: With Chair Lee and Commissioners Larry Bush and James Bell attending, a quorum was present. Commissioner Daina Chiu joined the meeting at 9:52 am.

Chair Lee noted that this item was continued from the previous meeting. Commissioner Bush stated that he was fine with the version we now have.

Item 5. Discussion and possible action on Resolution on Continuation of Remote Commission Meetings.

Chair Lee introduced this and said it was the same as approved last month and asked for comments. Commissioner Bell asked if this was going to be a recurring 30 day review, Chair Lee said that Director Pelham can address this during her Executive Director’s summary, DCA Shen said that it is still being review how long commissions will continue meeting remotely and that they would do so at least through the end of the year. Shen said that during 2022 commissions will likely start meeting in person. Commissioner Bush asked if disabled individuals would still be able to participate remotely. DCA Shen said the City Attorney’s Office is still planning for in person meetings and have taken this into consideration.

Commissioner Chiu came on video at 9:52, and her presence was acknowledged at 9:53.

Commissioner Bush said that he was pleased with the proposed changes and requested that moving forward the rules include scenarios that can demonstrate an example of how the rules may be applied. He thought that this could help with clarity and offered that he is not familiar with how a gift to a sister city committee that paid for an official’s travel would be applied to these situations. Commissioner Bush wondered if hotel accommodations for trips should be basic rooms or if $500 a night rooms were permitted.

Commissioner Chiu wanted to associate herself with Commissioner Bush’s comments and commended staff for their work. Commissioner Chiu thought it would be beneficial to think proactively about what types of activities may need to be prohibited in the future. She also wondered what teeth there is in the law that could apply to situations where individuals fail to disclose and might the requirement to disclose all reportable financial interests under penalty of perjury be more powerful.

Chair Lee noted that upgrades of flights, hotel rooms, etc. that are not currently reportable and maybe should be in the future but also wondered without a whistleblower how we can find out about these types of violations. Chair Lee also wanted to include more members of the community in these discussions.

Chair Lee asked P. Ford to have an additional stakeholder meeting with broader segments of the community to get their input.

Chair Lee also asked about the exception applying noncash gifts to all officials and asked for a timeline for Commission action on these proposed laws.

Commissioner Bush added, regarding upgrades on airlines, the state constitution includes a prohibition on free travel on railways and wanted to know if upgrades from airlines at airports in the city should either be prohibited or reported. He also asked that in addition to disclosing a gift of travel, it is important to disclose what an official did on the trip. Commissioner Bush wondered what is the value of a ticket if it is a chartered flight. For example does it have to be the cost of a coach seat or is it that of a chartered flight.

Chair Lee said that federal government prohibits acceptance of upgrades because of optics.

Commissioner Bell noted that changes need to come through phases. He wanted to make sure there has been training on the rules so that employees who are trying to comply with the law area able to. Commissioner Bell joined his colleagues in the idea that the individuals who are intent on breaking the rules should be held accountable but that employees trying to follow the rules should be familiar with laws so they can follow them.

Chair Lee had technical issues and left the meeting at 10:21.

Ford addressed Chiu’s question, saying that the proposals are looking to address a wide range of situations. He said that the proposed rules are pretty flexible so they can be applied to a number of situations. Commissioner Chiu asked about training for City employees on the rules. Ford said in the next phase there will be an expanded training requirement proposed. To Commissioner Bell, Ford said that that proposal will support increased engagement so city employees can know how to comply with the laws.

Ford said that the applicable penalties for disclosure violations will be a part of Phase 3, as well as voting while not having filed financial disclosures. Ford also noted that penalties vary based on which chapter of the code contains the rule in question, and he believes there should be uniformity in the penalties associated with violations. To Chair Lee’s questions about gifts of travel, Ford said that the proposals would prevent some state gift exceptions from applying to apply to the restricted source rule, including gifts of travel and wedding gifts, which would become subject to the restricted source rule.

Regarding enforcement, Ford said there is an opportunity to pursue new ways of looking for and investigating potential violations, and that this is the way to pursue enforcement without a complaint being received. Regarding community engagement, he noted that two interested persons meetings were coming up and agreed that they are looking for new people to engage. Regarding the exception for noncash gifts, For said that the proposal would limit the exception to only cover routine office courtesies, which were the purpose for having such an exception. Regarding free or discounted travel, For said that upgrades or discounted passes are gifts, and if the donor of such a gift is doing business with department, the restricted source rule would apply.

Ford provided a timeline for the final phase of the project and when the Commission may act on legislation. The current item is only for discussion and no action at this time.

Ford noted that this legislation can be placed on the ballot under the Commission’s authority under the Charter. Certain proposals, such as any changes to campaign consultant laws, can only be changed through the ballot. Ford said that the measure could maybe go on the ballot for the June election.

DCA Shen said that the City Attorney’s office had not had the opportunity that to fully review all of the proposed changes. He said there may be more changes to the proposed ordinance.

Commissioner Bush asked if a restriction on airlines upgrades should apply to all city officials who approve airline contracts, not just those at the airport. He also suggested that Staff reach out to departments with contractors because they may have institutional knowledge of how to handle matters related to contracts. Bush also wanted to have a “see something, say something” rule where an employee should tell officials if they see something that falls outside of ethics rules.

In response, Ford said that outreach to depts would help by instructing many other city employees of the ethics rules through the new Ethics@Work program. To the question of approval of contracts, this aspect would be included in the restricted source rule if the contract is approved by that officials but not for other departments that were not involved in the contract.

Commissioner Bush said that he did not think that would create public trust because officials may find a way to accept a gift if all City contractors are not a restricted source for all officials, such as using a nonprofit. Ford said solicitations of contributions to a nonprofit from a restricted source would be prohibited under the legislation that is pending at the Board.

Director Pelham provided details on the progress of responses to the BLA audit.

Commissioner Chiu asked about increases in staffing as recommended in the BLA’s report. Director Pelham noted the positions that had been filled and those that are being filled.

Commissioner Bush asked what the responsibilities of each position are. Director Pelham gave an overview of the Ethics@Work positions, and said there would be more of an update at a future meeting.

Commissioner Bush asked if Ethics@Work would begin with departments that were most visible with reporting issues and ethics violations. Director Pelham said that she is still in the process of establishing that plan.

Commissioner Bush asked if Form 700s are reviewed, and Director Pelham said that it was a recommendation from one of the public integrity reports. Short staffing has had an impact on the ability to review these filings.

Commissioner Bush asked about auditing of the lobbyist program. Director Pelham said that Staff is working to implement this program in addition to other new programs. Commissioner Bush said there is discussion at the Board of Supervisors about splitting off some of the responsibilities of Ethics due to Ethics not addressing certain issues and that he is seeking understanding them so these concerns can be addressed.

Director Pelham discussed the reopening of the Commission’s office. She introduced new employees that have started work.

Commissioner Chiu welcomed the new employees and congratulated staff on reopening the office.

Commissioner Bell welcomed the new employees and noted the importance of its work.

Director Pelham explained the new operation status of the office with the hybrid work schedules.

Commissioner Bush asked Director Pelham to respond to public comment ahead of the meeting. He encouraged that we discuss the whistleblower ordinance at next month’s meeting. He suggested looking at its effectiveness and ways it has been prevented from being effective. He requested a commission secretary be included in the budget.

Commissioner Chiu requested an updated on the behested payment ordinance. She requested we look at adopting a new start time for meetings so that more members of the public can participate. She asked for the election of new officers for next meeting. Commissioner Bush associated himself with Commissioner Chiu’s comments. 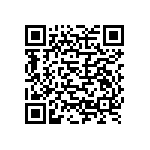 Scan the QR code with a mobile device camera to access the latest version of this document online:
https://sfethics.org/ethics/2021/12/minutes-november-12-2021.html