Pursuant to San Francisco’s Regulation of Campaign Consultants Ordinance, the San Francisco Ethics Commission has released its summary report of campaign consultant activity for the second quarter of 2009.

The summary report includes information disclosed in the second quarter activity reports, which were due on June 15, 2009, and covered the filing period beginning March 1, 2009 and ending May 31, 2009. Twenty campaign consultants filed with the Ethics Commission in the second quarter of 2009.

Payments to Campaign Consultants. For the second quarter of 2009, all active campaign consultants reported receiving $447,804 in payments from their clients. Of this amount, The Garry South Group reported receiving the highest total payment, $78,396.

The Regulation of Campaign Consultants Ordinance (“Ordinance”), San Francisco Campaign and Governmental Conduct Code, Article I, Chapter 5, Sections 1.500 – 1.540, was approved by San Francisco voters in November 1997. The Ordinance requires persons who earn $1,000 or more per year for campaign consultant services to register with the Ethics Commission and file quarterly activity reports.

The registration and quarterly activity reports filed by campaign consultants are available for viewing at the Ethics Commission office, 25 Van Ness Avenue, Suite 220, San Francisco, CA 94102. The telephone number is (415) 252-3100. The Campaign Consultant Summary Report is also available at the Commission office and will be available on the Internet by accessing the Commission’s web site: www.sfethics.org.

The Ethics Commission was established through voter approval of a Charter Amendment in November 1993. The Commission serves the public, City employees and officials, and candidates for public office through education and enforcement of ethics laws. It also provides open access to public records in ethics-related matters. Its duties include: filing and auditing of campaign finance disclosure statements, campaign consultant and lobbyist registration and regulation, administration of the limited public finance and Whistleblower programs, conflict of interest reporting, investigations and enforcement, education and training, providing advice and conducting statistical reporting. 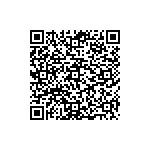 Scan the QR code with a mobile device camera to access the latest version of this document online:
https://sfethics.org/ethics/2009/07/press-release-july-1-2009-san-francisco-ethics-commission-releases-second-quarter-2009-report-on-cam.html