Public Announcement of Expenditure Ceiling Adjustment for Mayoral Candidate – May 21, 2018 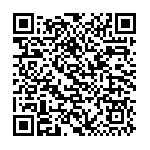