Public Announcement of Expenditure Ceiling Adjustment for Mayoral Candidates – May 24, 2018 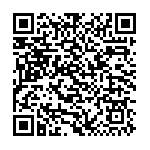 Scan the QR code with a mobile device camera to access the latest version of this document online:
https://sfethics.org/ethics/2018/05/public-announcement-of-expenditure-ceiling-adjustment-for-mayoral-candidates-may-24-2018.html