Public Announcement of Expenditure Ceiling Adjustment for Supervisorial Candidate – May 22, 2018

The San Francisco Ethics Commission announced today that it raised the Individual Expenditure Ceiling of a publicly financed candidate in the June 2018 supervisorial race for District 8. The Individual Expenditure Ceiling for Jeff Sheehy was raised from $270,000 to $280,000 because on May 22nd Total Supportive Funds for Rafael Mandelman totaled $285,530. 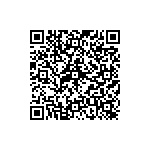 Scan the QR code with a mobile device camera to access the latest version of this document online:
https://sfethics.org/ethics/2018/05/public-announcement-of-expenditure-ceiling-adjustment-for-supervisorial-candidate-may-22-2018.html