The Board of Supervisors Budget Committee departmental hearing on the Ethics Commission’s budget will be Thursday morning, June 14. We will make a brief presentation to highlight key elements of our FY19 budget. I am pleased to report that the requests we sought in this year’s budget were included in the Mayor’s proposal for the coming fiscal year: no cuts; a fully-funded salary account; an expanded training budget; and expanded appropriations for language translation services. While a modest budget request, these added resources in the coming year speak to important needs to support continuing staff development and more effective community outreach.

One remaining item to be resolved for FY19, however, is new program funding for the Anti-Corruption and Accountability Ordinance, as the legislative Ordinance passed by the Board did not contain the funding the Commission had identified in its original ballot measure version of the Ordinance. We have apprised the Mayor’s Budget Office of this need, and Staff has also communicated with the office of Supervisor Peskin, the legislative sponsor. Funding is essential to develop the systems required by the disclosures enacted in the new law.

June Election.  For the June 2018 election, of the nine candidates who filed statements opting to participate in public financing, five candidates qualified to receive some funding. To date, three candidates received the maximum amounts allowed under the law. The first disbursement of public funds for the June election was on February 2, and as of June 6, a total of $2,895,809.80 in public funds had been disbursed to the five qualified candidates. To date, Staff have reviewed 57 requests for eligibility and funding. Under the law, publicly-financed candidates have 30 days after the election to submit funding requests.

Under the law, candidates who opt into the public financing program agree to abide by spending limits of $250,000 for Supervisorial candidates, and $1,475,000 for Mayoral candidates. These limits, however, are required to be adjusted under defined circumstances. For the June election, the Individual Expenditure Ceilings (“IEC”) for all five participating candidates were required to be adjusted at some point. In the six-week period Since April 26th when the first adjustment was required to be made, candidate expenditure ceilings were required to be lifted more than 40 times. In the Supervisorial race in District 8 the highest IEC had been raised to $410,000, while in the Mayor’s race it had been raised to $3,575,000.

Following each election in which the Mayor or members of the Board of Supervisors are elected, the Ethics Commission is required by Section 1.156 of the S.F. Campaign and Governmental Conduct Code to submit to the Mayor and Board of Supervisors a report on public financing in that election. As part of the policy analysis work already underway for upcoming discussions with the Commission on the public financing program, Staff have been collecting data on the June election and will fold this report into the assessments it plans to bring forward for the Commission’s consideration.

November election.  Tuesday June 12 is the deadline for candidates for the Board of Supervisors in the November election to file their nominating petitions with the Department of Elections. This is also the deadline for those candidates to file their statements with our office to declare whether they want to participate or not participate in the public financing program for that election. Already, we have had several candidates submit qualification requests, the first November candidate to qualify for public funds was certified as eligible on May 24, and we anticipate a number more requests now to come in after June 12.

June 12 is also the first of our candidate and treasurer information sessions for November candidates. Following this initial in-person presentation, we will also make available an online module for candidates and treasurers who are not able to attend the June 12 session.

We received regular feedback that the Commission’s Election 2018 dashboards were a helpful tool for those covering campaign finance data during the June election period. Information they summarized helped make coverage of candidate and ballot measure fundraising more accessible, both locally and nationally, as illustrated by a recent CNN piece about Measure E on the June ballot. The public can continue to follow the money in the November elections by bookmarking our campaign finance dashboards at sfethics.org.

Summertime is often a period of transition, and so it is the case this year with our Policy unit.

I am sorry to announce that Kyle Kundert has decided to return to his home state of Wisconsin, and to a new chapter of his professional life, effective June 15th. As you know firsthand, Kyle has provided outstanding leadership and legal skill since joining the staff in April 2017 in a then just-created role as a permanent, exempt Senior Policy Analyst (1823, Senior Administrative Analyst) to launch a dedicated policy unit here at the Commission. The Commission’s policy analysis and legislative development processes have benefited from his knowledge, experience, and skill during a renewed period of heightened legislative activity at the Commission. During this ‘start-up’ phase of a new policy unit, Kyle’s impact in setting a new foundation for our policy work has been impressive. We send him off only with wishes for continued success and much happiness as he returns to the Badger State, and the promise of an occasional return visit to our City by the Bay.

I am delighted to announce that Pat Ford has accepted appointment as exempt Senior Policy Analyst effective June 18th. Pat joined the Commission as Policy Analyst (1822, Administrative Analyst) last July.  He has played a leading role in complex policy and legal analysis on campaign finance issues over the past year. Prior to joining the Commission’s staff, Pat worked with campaign finance compliance and reporting laws as a Contribution Coordinator for statewide and county offices based in the Southern California region, where he helped candidates and treasurers to comply with state and local campaign finance laws. He also served as a Corporate Associate with the law firm DLA Piper in Palo Alto, where his work included engagements related to regulatory compliance, corporate governance. Pat is a member of the California Bar and holds a JD from the McGeorge School of Law at the University of the Pacific, where he was a member of the Law Review. He earned his bachelor’s degree in Philosophy from UC Santa Barbara. With Pat’s background and experience, we are fortunate to have a seamless transition and strong continuity to support the Commission’s critical policy work. I anticipate posting the vacant Policy Analyst position by month’s end.

Work to complete other recruitments for the positions shown below is continuing.

Earlier this year we initiated an office-wide renovation plan to update our office work space to accommodate growing staff levels and provide work space better suited for more cross-functional collaboration. Construction on the project has now been green-lighted and is presently scheduled to begin on Friday morning, June 22. This requires us to have our office at 25 Van Ness vacated at the close of business on Thursday, June 21 with an anticipated return to our offices by mid-August.

During this period, our front office Engagement & Compliance team will relocate to City Hall Room 316, where they can provide uninterrupted public reception and assistance starting June 22. Other staff will have space nearby also provided by the Controller’s Office on the 3rd floor of City Hall, will telework, and will use space on the 4th floor at 25 Van Ness provided by the Department of Real Estate. We are grateful to both offices for their support.

During July, the Commission’s regularly scheduled meeting on July 20, 2018, will be unaffected.  Because the return to our office space in August is likely to be close to the date of the August 17 Commission meeting, however, in consultation with Chair Chiu we plan to cancel that meeting.

We recognize that any office relocation, even a temporary one, can bring uncertainty, and we appreciate the added patience and understanding that is often necessary during even a brief period of transition. Staff continues to work closely with our City partners in the Controller’s Office, Department of Real Estate, Department of Technology, and the Department of Public Works’ construction team to help ensure the smoothest and most seamless transition possible during this temporary relocation. As soon as we have more details we will communicate them broadly with the public, candidates, and other stakeholders to help ensure continued priority service to their ongoing needs.

I look forward to answering any questions about this report at your upcoming meeting. 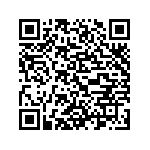 Scan the QR code with a mobile device camera to access the latest version of this document online:
https://sfethics.org/ethics/2018/06/executive-directors-report-june-15-2018.html