Individual Expenditure Ceiling Adjusted for One Supervisorial Candidate in District 8 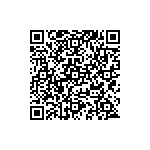 Scan the QR code with a mobile device camera to access the latest version of this document online:
https://sfethics.org/ethics/2018/06/public-announcement-of-expenditure-ceiling-adjustment-for-supervisorial-candidate-june-1-2018.html