(Note: This item appears beginning at the 00:04:03 mark in the video recording at SFGovTv.)

Chair Noreen Ambrose convened the meeting at 9:37 am and stated that the meeting is being held by Teleconference Pursuant to the Governor’s Executive Order N-29-20 and the Twelfth Supplement to Mayoral Proclamation Declaring the Existence of a Local Emergency Dated February 25, 2020. Online Meeting Moderator Ronald Contreraz summarized procedures for remote participation by members of the public.

(Note: This item appears beginning at the 00:05:57 mark in the video recording at SFGovTv.)

(Note: This item appears beginning at the 00:05:14 mark in the video recording at SFGovTv.)

Item 4. Proposed Streamlined Stipulation, Decision and Order In the Matter of Matt Haney, Haney for Supervisor 2018, and Stacy Owens (SFEC Complaint No. 1718-088).

Item 5. Proposed Streamlined Stipulation, Decision and Order In the Matter of Rafael Mandelman, Rafael Mandelman for Supervisor 2018, and Stacy Owens (SFEC Complaint No. 1718-139).

Item 6. Proposed Streamlined Stipulation, Decision and Order In the Matter of Ahsha Safai for Supervisor 2020, Ahsha Safai, and Joe Jaber (SFEC Complaint No. 2021-008).

Item 7. Proposed Stipulation, Decision and Order In the Matter of Amy Lee and Mark Luellen (SFEC Complaint No. 2021-014).

Chair Ambrose thanked Director Pelham for sending a letter to the Mayor. She proposed that the Minutes reflect that not she but Commissioner Bell had made the motion to send the letter on the Commission’s behalf.

No discussion was held for the consent items.

Chair Ambrose noted that the stipulations reflected implementation of the Streamlined Program.

(Note: This item appears beginning at the 00:14:31 mark in the video recording at SFGovTv.)

Director Pelham presented the item. She noted that the final draft would provide updated figures. She encouraged Commissioners to provide feedback. She thanked staff for their efforts over the past fiscal year.

Chair Ambrose encouraged staff to expand on the forward-looking portion of the annual report if possible.

Chiu suggested organizing the report in relation to the three operational priorities identified on page 2, and stated that the report might further emphasize the success of the public financing program. She stated that although staff have been working remotely for more than a year the Commission has increased the number of individuals it has served.

Bell stated that the report is very comprehensive and requested that it include graphics to provide visual depictions for the readership.

Chiu acknowledged the budget decision reflected in this month’s materials and wondered if the report could look forward to the programming that expanded staff might enable. Chair Ambrose stated that the Board was unlikely to approve the budget in time for staff to make those considerations in the report.

Bell stated that the report is an opportunity for branding.

Item 9. Staff presentation on Ethics Commission annual budget as proposed by the Mayor’s Office for FY22 and FY23 and discussion and possible action by Commission.

(Note: This item appears beginning at the 00:38:32 mark in the video recording at SFGovTv.)

Director Pelham presented the item. She described the outcomes of this year’s budget process and highlighted the expansions to staff that the Mayor’s budget reflects. She described the programs that the budget will enable, including heightened ethics training, expanded investigative and enforcement capacity, and improved performance tracking and reporting.

Director Pelham noted that Budget Chair Haney has directed departments to address in their budget discussions how they will address ethics issues including tone at the top.

Chiu expressed her pleasure with the outcome. She emphasized the importance of metrics for measuring the impact of the new Ethics@Work program. She asked about the probable hiring timeline. Director Pelham stated she hoped the Commission might fill the positions by the end of the calendar year.

Vice Chair Lee stated she looks forward to Ethis@Work and emphasized that the program should reach not only City officers and employees but the public. She noted that the staffing for this program should reflect the diversity of the City’s population and include cultural and linguistic skills. She identified her hope that the Commission expand its outreach to include less represented communities and media outlets and to build a broader stakeholder community.

Ambrose stated that those hired for the training program should also exhibit strong listening skills. She stated that because the City has 30,000 employees, and the program will hire only four trainers, it will be important to enlist officers across the City to expand the reach and impact of these efforts. She noted that Bush had sent her materials about another jurisdiction where each department has a designated ethics officer.

Lee clarified that her view of public outreach first entails listening. She stated that the federal government demonstrates that creating working groups is an effective process to broaden program impact.

Bush asked Director Pelham how many were on staff when she joined. She stated 19. Bush acknowledged that expanding to 33 staff reflects her successful management of the Commission. He stated that the Commission should create plans for how to measure the effectiveness of the training program. He stated that the budget should include a specific plan and timeline for implementing lobbyist audits. He asked whether Ethics could pay a bonus to those with language skills. Director Pelham stated that the City does provide for a salary premium for certain language skills. Bush stated he hoped that the premium could be applied to various skills, including technology skills. Bush requested that Staff improve its website layout and heighten its use of social media, including in non-English fora.

Chiu stated that a culture of compliance derives not from the Ethics Commission but from the departments, and emphasized that the training program might best result in people knowing from whom they should seek advice on ethics issues.

Chair Ambrose announced a break at 10:57am.

(Note: This item appears beginning at the 01:40:05 mark in the video recording at SFGovTv.)

Senior Investigator Jeff Zumwalt addressed the Commission about the recent settlement between the City and permit expediter Walter Wong. Zumwalt noted that Chart confidentiality requirements limit what he can say.

Ambrose asked if the Wong settlement had been heard by the Board. Zumwalt said it was assigned to committee, but not yet hear. Pierce clarified it was the Government Audit and Oversight Committee.

Ambrose said that changing the tone at the top that created a poor culture around ethics in the City will be challenging, but is important. She supports the settlement agreement because it is robust enough to dissuade others from similar conduct.

Chiu agreed with Bush’s comments that the Commission should have been a party to the settlement. She asked how the Commission will know in the future when permit consulting violations are occurring. Zumwalt said that enforcement has methods, but hesitated to disclose all of those methods in a public setting. He said that there are ways for investigators to uncover evidence of violations.

Bush asked if nonprofits that seek permits are sufficiently covered by existing disclosures. Ambrose clarified the issue by saying that those nonprofits are actually developers, not just consultants seeking permits for others. Bush asked if staff had looked into this issue. Pierce said that resources had not been devoted to this issue, but will consider it in the future.

Donald Staley said that nonprofits are a problem in development projects. He said he’s a whistleblower that gave the Commission information about the Henry Hotel in 2015. He said DBI and DPW is involved in a coverup with the Commission. Homeless people ad poor people are the victims and he is shocked.

Ambrose asked what organization the commenter was talking about, and Pierce clarified it was ECF, Episcopal Community Services.

(Note: This item appears beginning at the 02:20:41 mark in the video recording at SFGovTv.)

Director Pelham presented the item. She noted that some of the updates in her report the Commission discussed earlier regarding the budget. She highlighted the Commission’s efforts to implement the citywide Form 700 e-filing project.

She highlighted progress staff have made in improving lobbyist disclosures. Director Pelham stated that the lobbying audit program is now under active development, including under Linda Fong, the Commission’s new audit manager.

Director Pelham stated that the audit cycle has now closed. She explained her decision to administratively close two discretionary audits first initiated in May 2019. She stated that the Commission is now accepting applications for the auditor vacancy.

The Chair announced her intention to take the items out of order.

(Note: This item appears beginning at the 02:34:58 mark in the video recording at SFGovTv.)

Motion 210611-03 (Bell/Chiu): Moved, seconded, and passed (5-0) to Chiu to retain the confidentiality of the closed session discussions.

Item 12.  Discussion and possible action on items for future meetings.

The Commission did not take up Item 12.

Item 13. Additional opportunity for public comment on matters appearing or not appearing on the agenda pursuant to Ethics Commission Bylaws Article VII Section 2.

(Note: This item appears beginning at the 04:21:32 minute mark in the video recording at SFGovTv.)

Francisco de Costa stated that San Franciscans are fed up with corruption and that quality of life issues are compromised by virtue of the City’s inability to resolve that corruption. He compared San Francisco to Rwanda.

The Commission adjourned at 2:00 p.m. 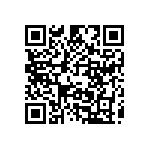 Scan the QR code with a mobile device camera to access the latest version of this document online:
https://sfethics.org/ethics/2021/06/draft-minutes-june-11-2021.html