This section analyzes the financial activity of the largest aggregate contributors to candidates, ballot measure committees and other political groups in San Francisco during the November 2014 election.  The contributor data is derived from campaign reports filed by the contribution recipients with the Ethics Commission.

The user is able to examine the top City contributors in the November 2014 election.  This page and the following pages allow the user to determine who the top contributors were, what sectors they represented, and to which candidates, ballot measures and other committees they gave. The final page provides a timeline of contributions made during the November 2014 election cycle.

See the visual below to explore information about major City contributors and some conclusions that can be drawn from the relevant data.

What types of contributors are there?

Most campaigns – whether run by candidates, ballot measure committees or outside groups – are funded by contributions from individuals, businesses, PACs and other entities.  Contributions to City candidates are limited to $500 per contributor, and corporations, foreign nationals, and certain City contractors are prohibited from contributing to these candidates.  Aside from the ban on foreign national giving, there are generally no caps or restrictions on contributions to ballot measure committees, PACs or outside groups.

In 2014, most contributions were made by committees, followed by the category “other”, then by individual contributions and lastly from small contributor committees. The most notable top contributors included: the American Beverage Associations California PAC; FC Pier 70, LLC/Forest City Residential Group Inc.; the National Association of Realtors; the California Association of Realtors Issues Mobilization PAC; Robert, John and William Fischer; Ron Conway; and the Children Family First Committee Yes on C.  The top contribution recipients were all ballot measure committees, particularly those opposing Measures E, G, and H and those supporting Measures A, F and I. 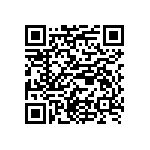 Scan the QR code with a mobile device camera to access the latest version of this document online:
https://sfethics.org/ethics/2015/03/spending-to-influence-contributors.html