Spending to Influence: Campaign Finance and Lobbying in San Francisco

Spending to Influence: Campaign Finance and Lobbying in San Francisco in 2014

Each election year, key influencers in San Francisco seek to impact City elections and governance, and the spending of money is often central to their efforts. Most of this spending must be disclosed on campaign and lobbying reports filed with the San Francisco Ethics Commission, often electronically.

The state and local laws mandating this disclosure seek to bolster transparency, allowing citizens to see who is funding certain political efforts.  As a result of these laws, the Ethics Commission collects a significant amount of campaign finance and lobbying data each year, and posts it for public view and use on its website and at data.sfgov.org.

However, the task of understanding this wealth of data can be daunting. Some members of the public might feel like they are “drinking from a fire hose,” particularly if they are not familiar with campaign finance data. Others more accustomed to data mining may have trouble understanding the basics of the underlying reporting requirements and processes.

This report seeks to address these issues and to present an organized and easily understood picture of how political money in San Francisco was spent in 2014 and by whom. With interactive, easy-to-use data visualization tools, the report allows users to make sense of the campaign finance and lobbying data collected by the Ethics Commission and to explore the connections, interests, and financial activity of key City influencers.

This report has six sections.  The first section provides an overview of campaign spending in the City’s November 2014 election. The next five sections analyze more specifically the activities of political action committees, political parties, campaign consultants, major contributors, and lobbyists.

Kristen Wolslegel and Jeffrey Thorsby prepared this report in March 2015 with guidance from staff at the San Francisco Ethics Commission. Ms. Wolslegel and Mr. Thorsby are graduate students in the Master of Public Administration program at San Francisco State University.


Was this page helpful? 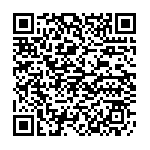 Scan the QR code with a mobile device camera to access the latest version of this document online:
https://sfethics.org/ethics/2015/03/spending-to-influence-campaign-finance-and-lobbying-in-san-francisco-in-2014.html