The user is able to examine overall contributions received and expenditures made by specific PACs. This page gives an overall snapshot of PAC finances, and the following pages allow the user to look at who gives to PACs, how much they give, and what kinds of activities the PACs fund.

See the visual below to explore information about PACs and some conclusions that can be drawn from the relevant data.

What is a Political Action Committee?

“PAC” is the popular term for political groups that raise and spend money to influence elections.  Although there are technically a few different types of PACs, the term often refers to what are known as “general purpose committees” under California law, which are ongoing political groups that support or oppose a variety of candidates and ballot measures.  PAC contributors commonly share an affiliation and PACs are often the political arm of a trade association, labor union, or other membership organization.  Making political expenditures over several years, PACs often establish themselves as key players in San Francisco politics.

PACs may attempt to influence San Francisco elections through contributions directly to candidates and measures or through independent spending on mass mailers, billboards, TV ads, etc.  Contributions to City candidates are limited to $500 per contributor; there are otherwise no caps on PAC spending in City elections.  PACs active in San Francisco file campaign reports with the Ethics Commission, which posts information from the reports on its website. 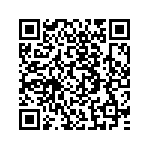 Scan the QR code with a mobile device camera to access the latest version of this document online:
https://sfethics.org/ethics/2015/03/spending-to-influence-political-action-committees.html