This section analyzes total spending on San Francisco ballot measure and candidate campaigns during the November 2014 election using information from campaign reports filed with the Ethics Commission. It also incorporates campaign finance data from the Secretary of State about spending on local races for the State Assembly in November 2014.

The user is able to examine overall contributions received and expenditures made by specific campaigns and outside groups. This page gives an overall snapshot of total spending, and the following pages allow you to look at details about independent spending by outside groups and details about how the money was spent.

See the visual below to explore information about campaign finance in San Francisco elections and some conclusions that can be drawn from the relevant data.

Candidates and groups that raise and spend $1,000 or more to influence San Francisco elections are required disclose moneys received as well as their spending on financial reports filed electronically with the Ethics Commission. These reports are available on the Ethics Commission website and the data from these reports is accessible at sfdata.org. Local candidates and groups primarily involved in state elections, such as races for State Assembly and State Senate file their statements with the Secretary of State.

Candidates and ballot measure committees typically spend their money on a wide variety of expenses associated with running a campaign, including staffing, polling, administrative expenses, and campaign advertising. PACs and other outside groups may attempt to influence San Francisco elections through contributions directly to candidates and measures, or through independent spending on mass mailers, billboards, TV ads, etc. Contributions to City candidates are limited to $500 per contributor, and corporations, foreign nationals, and certain City contractors are prohibited from contributing to these candidates. Otherwise, there are generally no caps on spending in City elections. 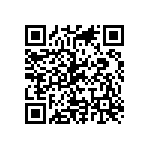 Scan the QR code with a mobile device camera to access the latest version of this document online:
https://sfethics.org/ethics/2015/03/spending-to-influence-total-spending.html