The user is able to examine the financial activity of the political party committees. Specifically, this page and the following pages present the total contributions each party received in the calendar year 2014, the type of contributors to each party committee, and the party expenditures for the election cycle year 2013-2014.

See the visual below to explore information about political parties in San Francisco and some conclusions that can be drawn from the relevant data.

What is a political party central committee?

Local political parties that are active in San Francisco are generally governed by “county central committees,” which may be composed of party members as well as elected public officials. County central committees can exercise considerable influence in local elections by making key endorsements, disseminating mass mailers, posters, and other ads for or against candidates and ballot measures, and conducting voter registration and get-out-the-vote (“GOTV”) drives.  County central committees may even send costly communications advocating the election of certain candidates to their members in coordination with those candidates.

Contributions to political party committees in 2014 totaled $469,000. The DCCC received the vast majority of all contributions. Expenditures made by the political party committees during the 2013-2014 election cycle showed that the majority of expense items included campaign worker compensation, office supplies and candidate meeting and appearance costs. 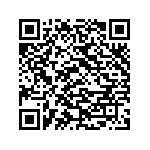 Scan the QR code with a mobile device camera to access the latest version of this document online:
https://sfethics.org/ethics/2015/03/spending-to-influence-county-central-committees.html